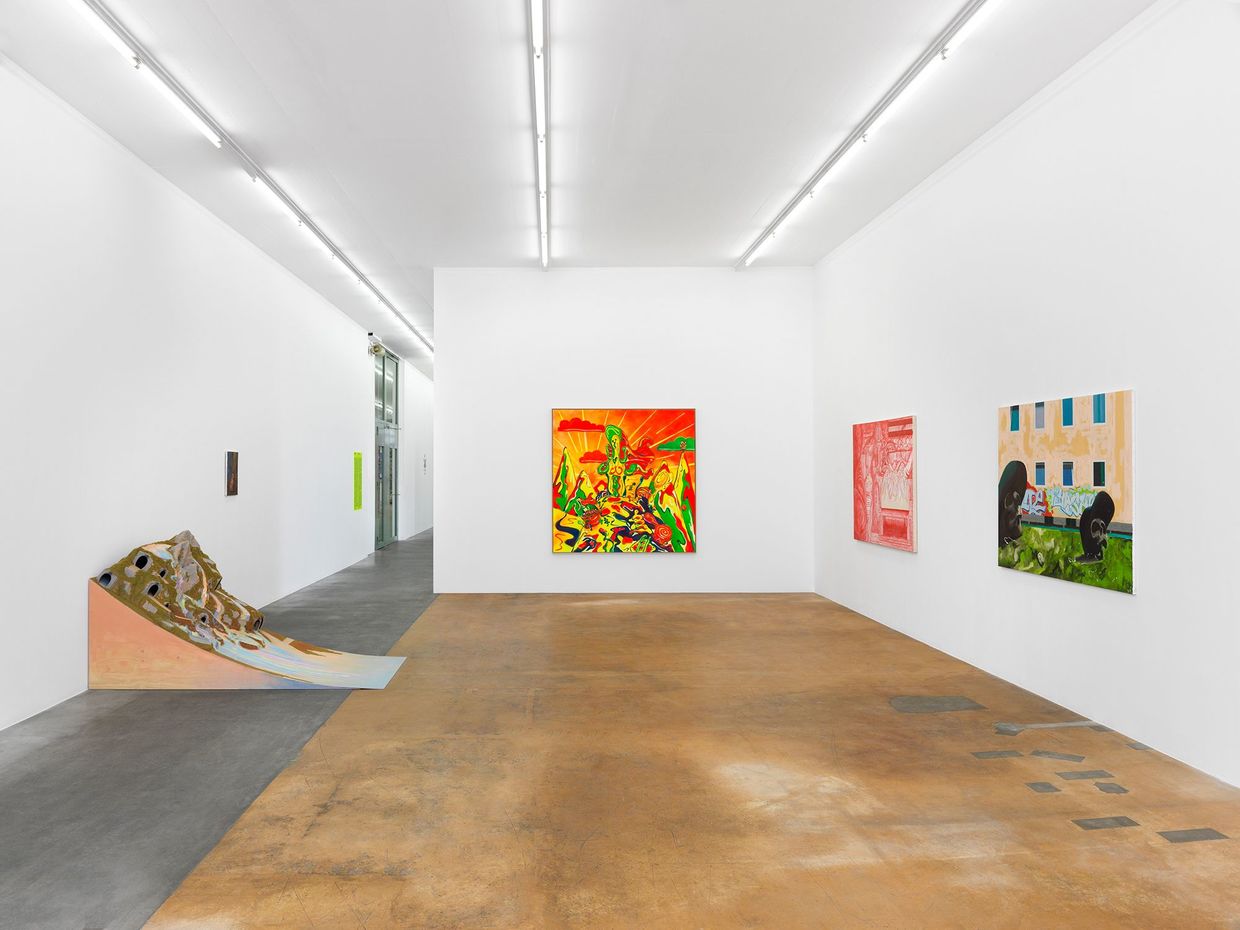 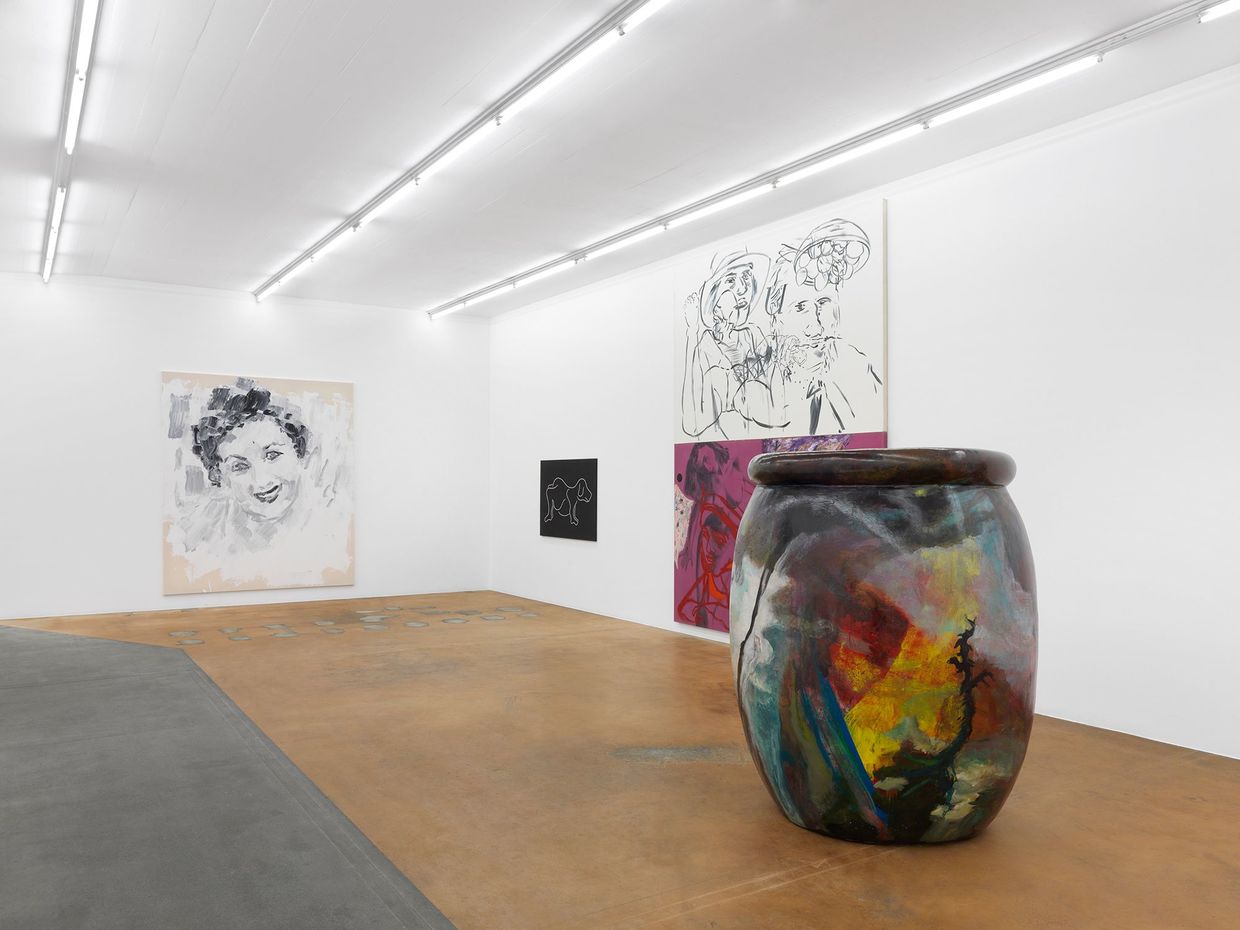 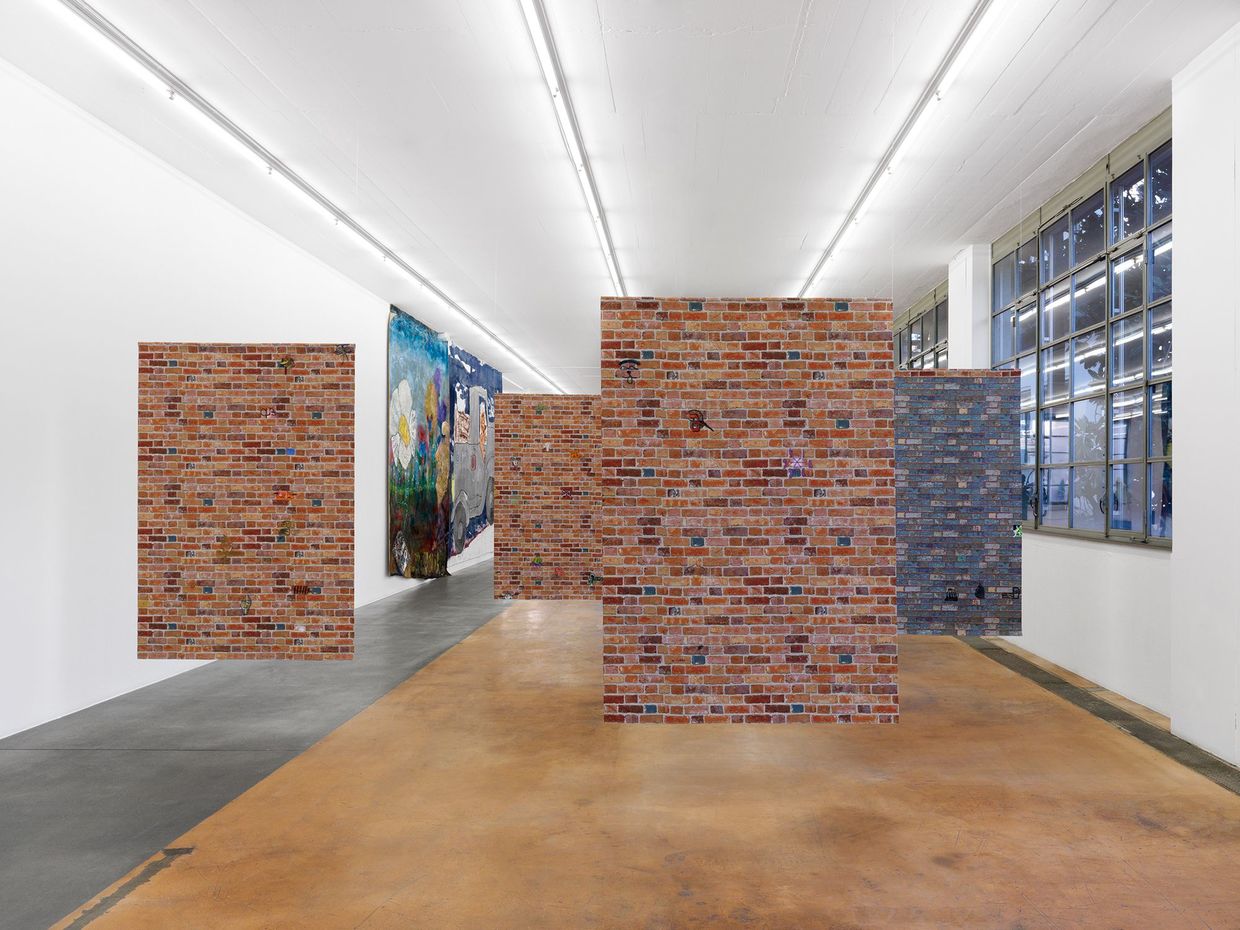 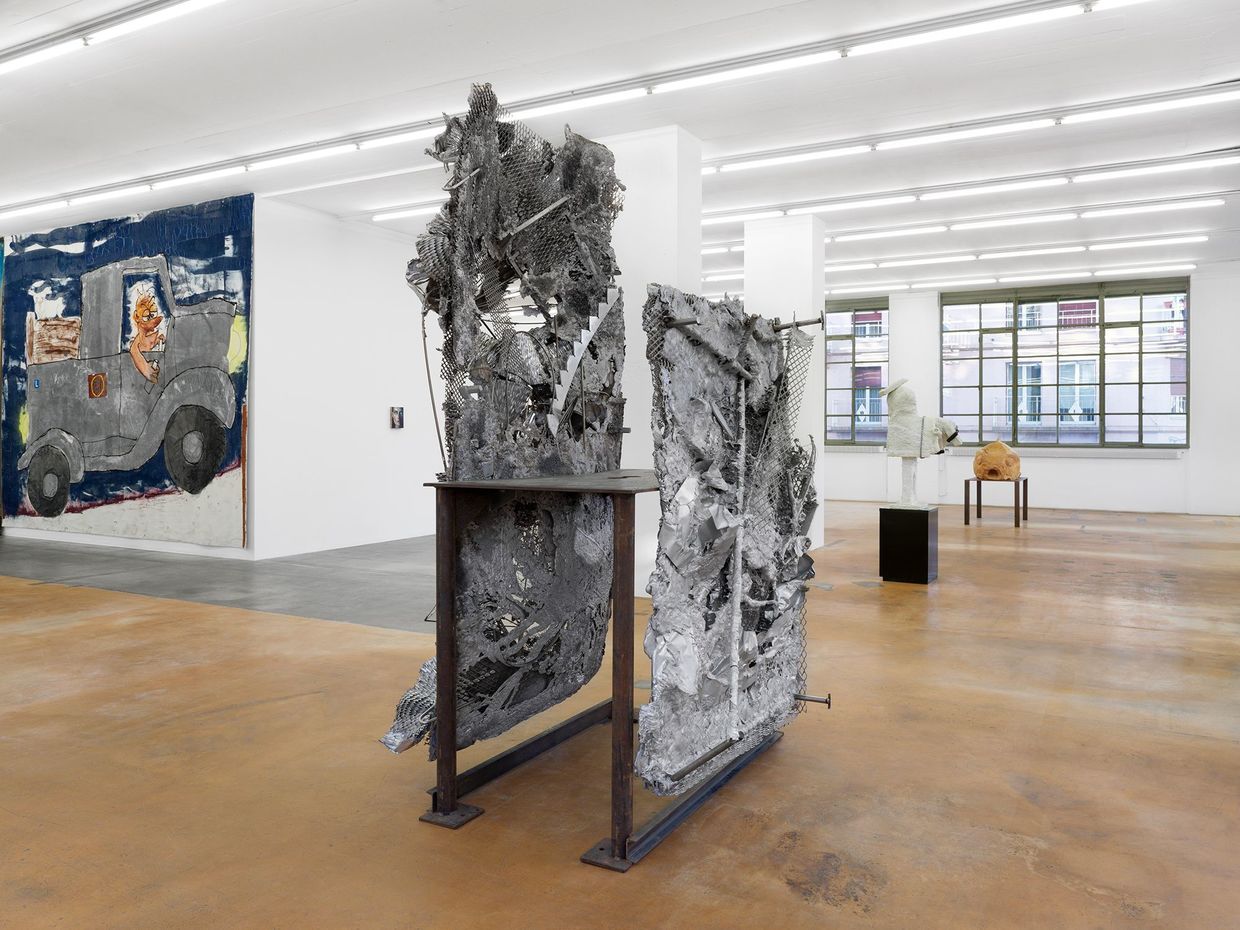 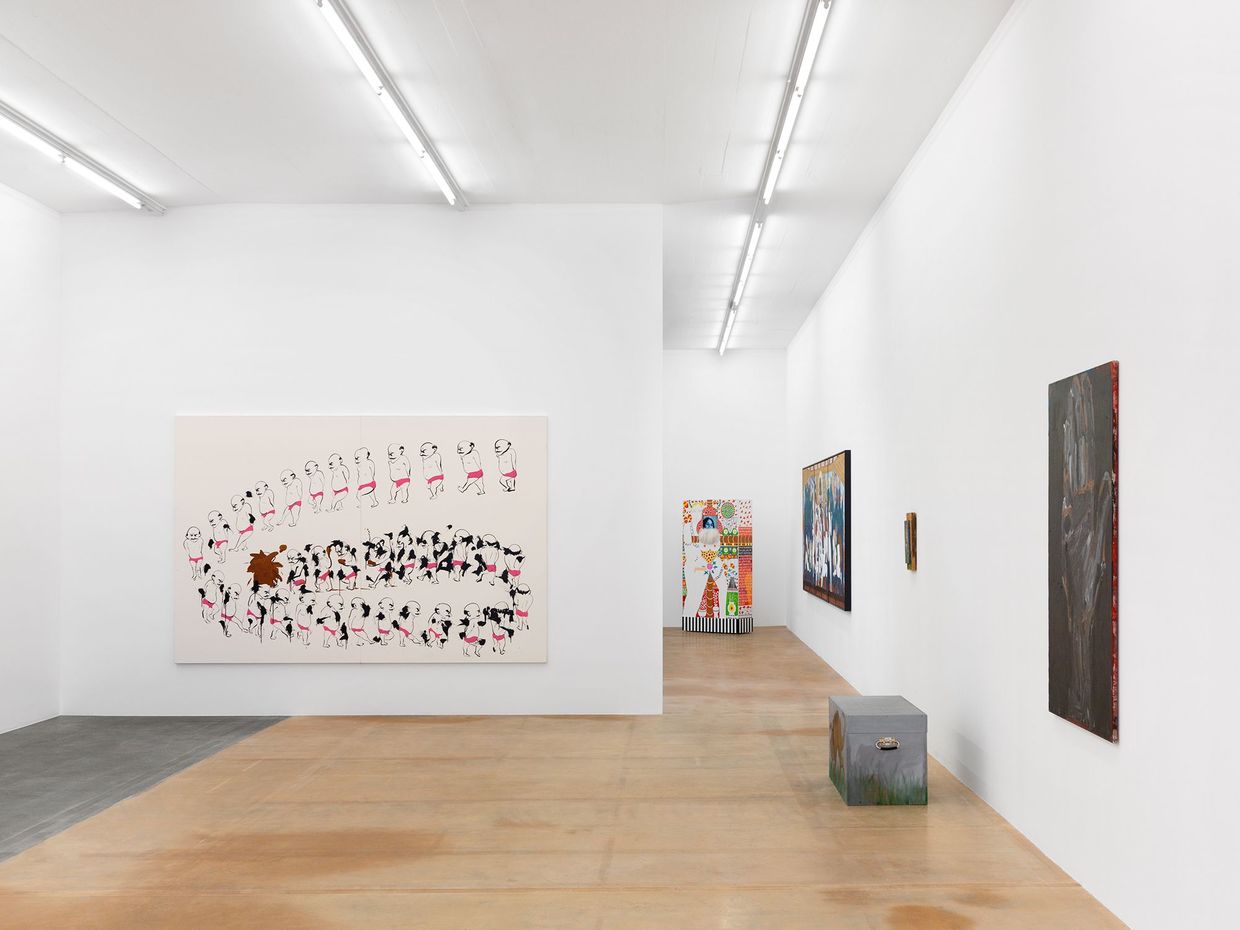 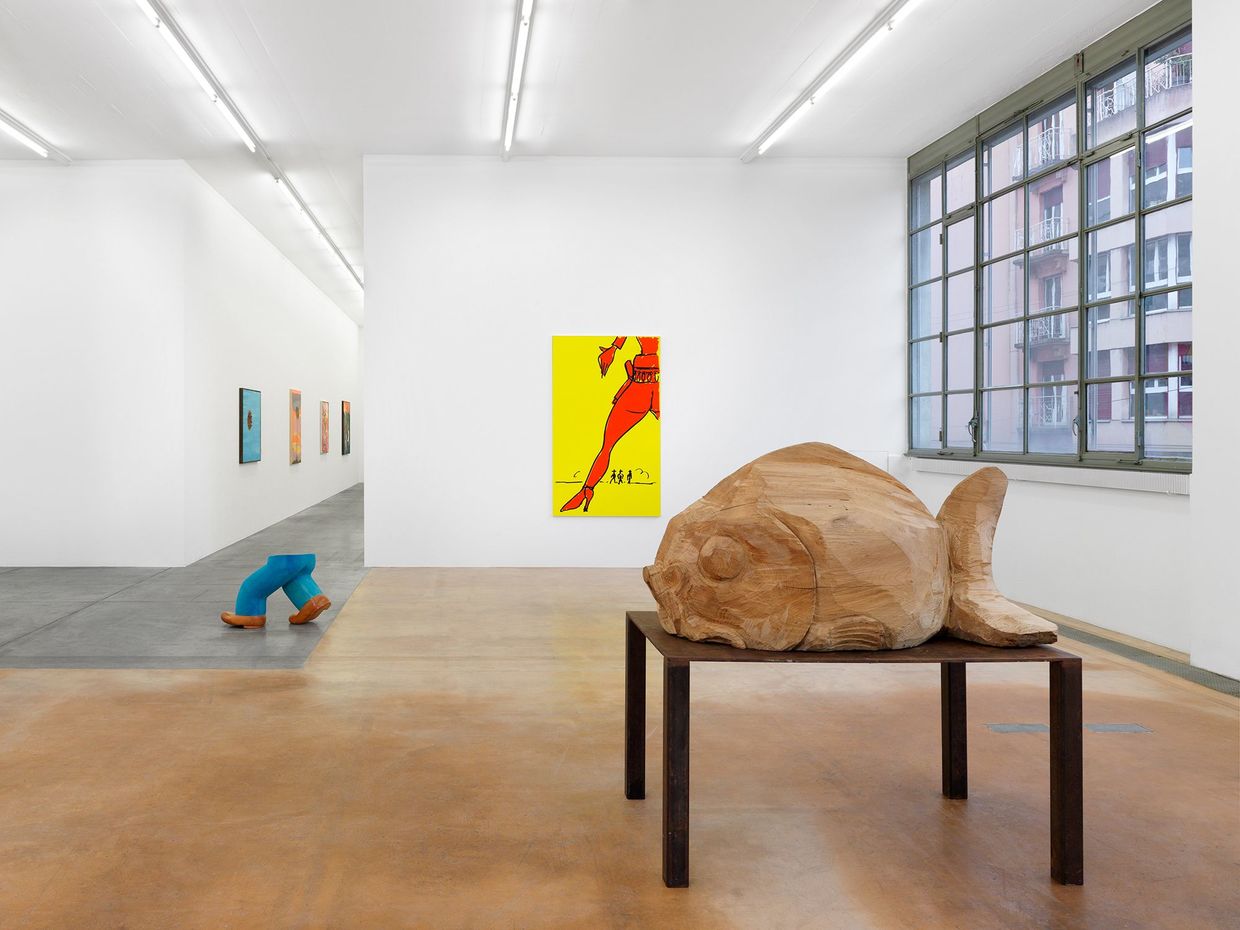 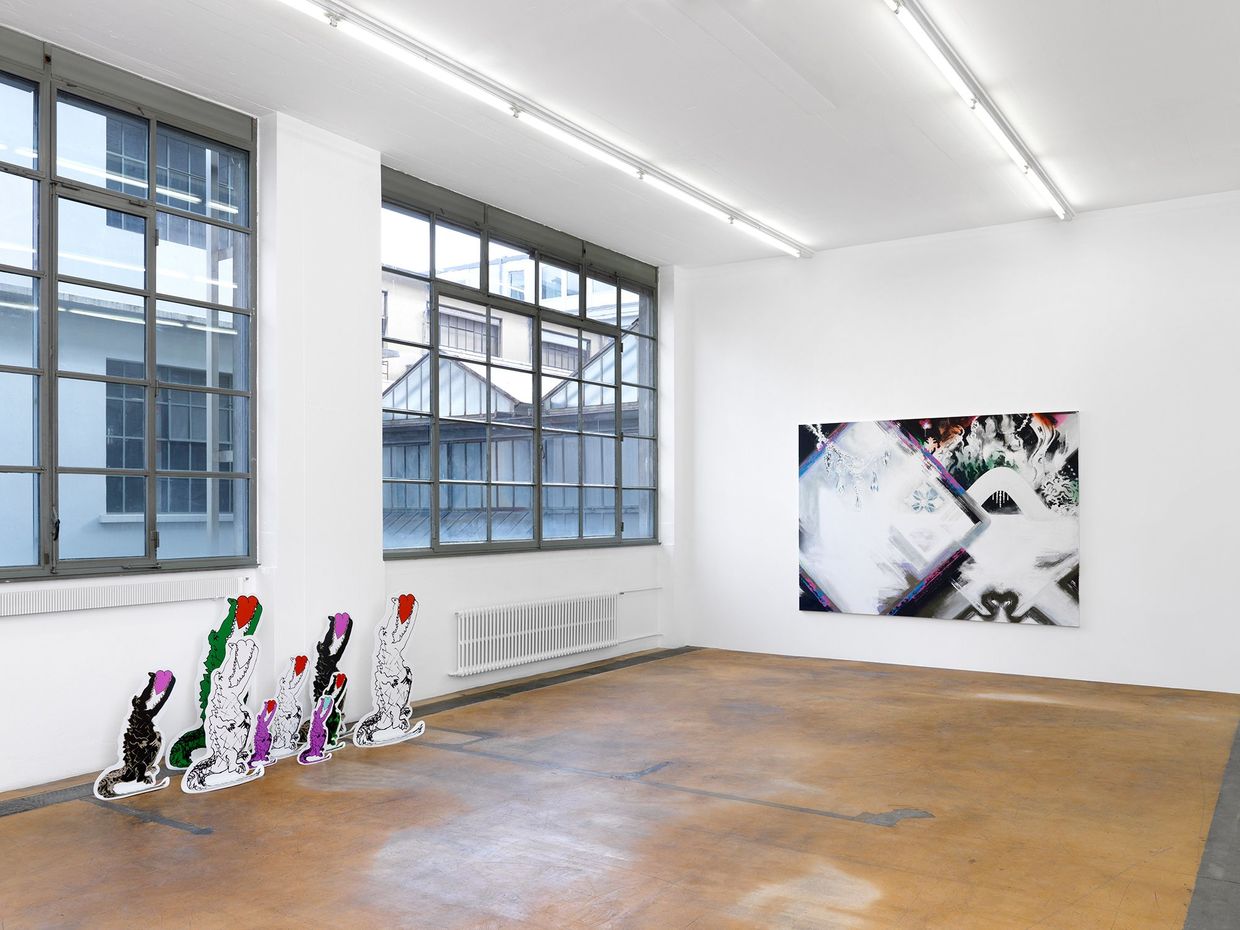 Noting the renewed interest in figurative and expressive art forms, this exhibition outlined a genealogy of these practices through forty European and American artists who have been active between the 1970s and today. If the title of the exhibition (the spirit of the time) intended on qualifying a current atmosphere, it also referred to an eponymous show held at the Martin Gropius Bau in Berlin, in 1982. Very much discussed at the time, the latter was a testimony to the surge of figurative and expressionist works appearing from both sides of the Atlantic, with American Neo-Expressionism, Italian Transavanguardia, and German Neue Wilden. Both an assessment and a manifest of this period, the Berlin -exhibition left its mark in the recent history of art as the high point in the debates between modern and postmodern, often argued in terms of life and death of the painting.

David Salle’s monumental diptych Zeitgeist II, shown at the Martin Gropius Bau in 1982, evokes this historical controversy in the way the painter crystallized the heated debates around figuration. Although figuration, on the cusp of the 1980s, is indeed denounced by some as being academic, reactionary, and market-oriented, it is also celebrated by others as a liberation from abstract and conceptual constraints which had prevailed in the modern narrative of the post-war era. The return of the figure thus appears as that of an outcast, free to delve into the melodramatic and the allegoric, as well as the grotesque and the abject.

One should also mention the parallel and progressive re-evaluation of a kind of painting marginalized from the official history of art, as revealed in the exhibitions Bad Painting (1978) and The Other Tradition (1966). In a provincial sort of way, it went against the aesthetic cannons and dealt with an extraordinary diverse iconographic repertoire, from Antiquity to mass culture. In this respect, we should mention the importance, today largely recognized, of figures such as William N. Copley or Dorothy Iannone, and the threads they managed to weave between the American vernacular and European avant-gardes.

These artistic debates found a particular resonance in Switzerland. In Zurich in the 1970s, the artistic eccentricities of a Friedrich Kühn are a clear disavowal of Max Bill’s dogma of Concrete abstraction, whereas Peter Fischli and David Weiss found in art brut and folklore means to question the virtuosity and the status of the artist. If this “other” tradition, this “other” modernity, was perceived for a long time as a parallel narrative caught up within the dialectics of insider/outsider, it appears today as an extension of the field of pictorial possibilities. Popular culture, myths, and irony are some of the many tropes available to artists now.

The MAMCO exhibition led visitors through the several stages of this divergent narrative and, with a transatlantic geography in mind, underlined the critical questioning of the image, expressiveness, and style. Contributions by younger artists reminded us that in our digital era—marked by a saturation of images—contemporary practices are perhaps more figural than figurative, and that expressiveness is to be thought as a critical tool rather than the testimony of an ever uncertain subjectivity.