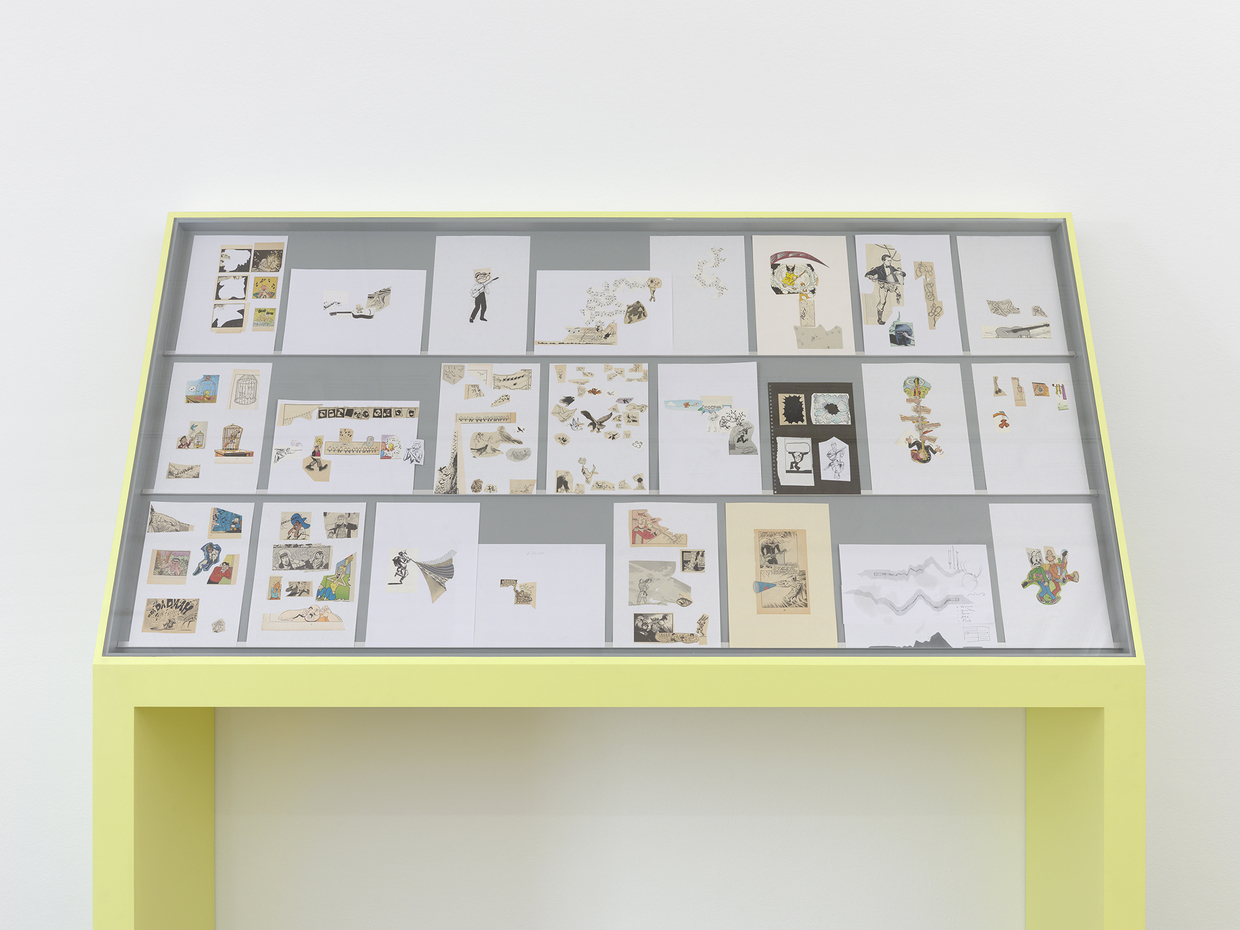 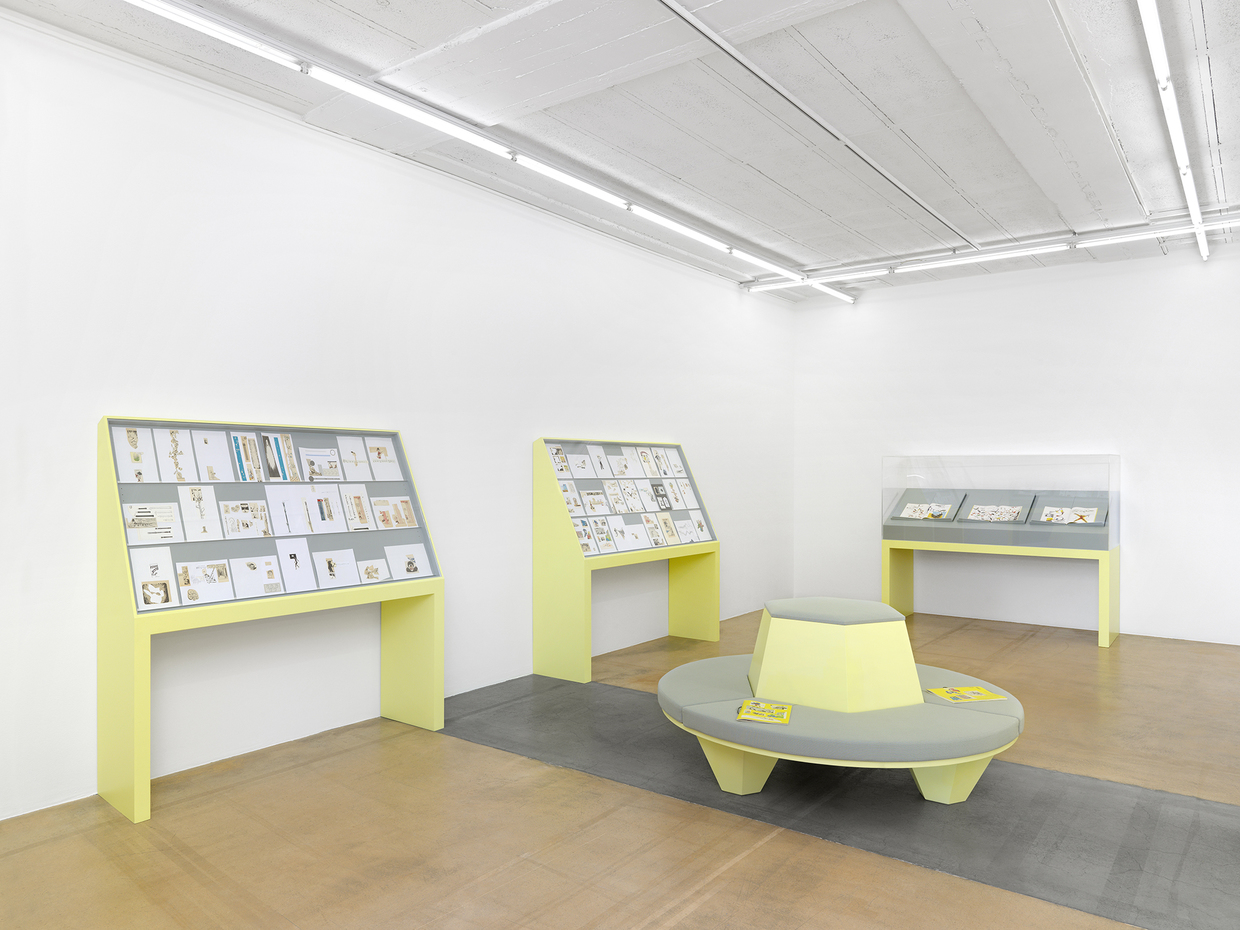 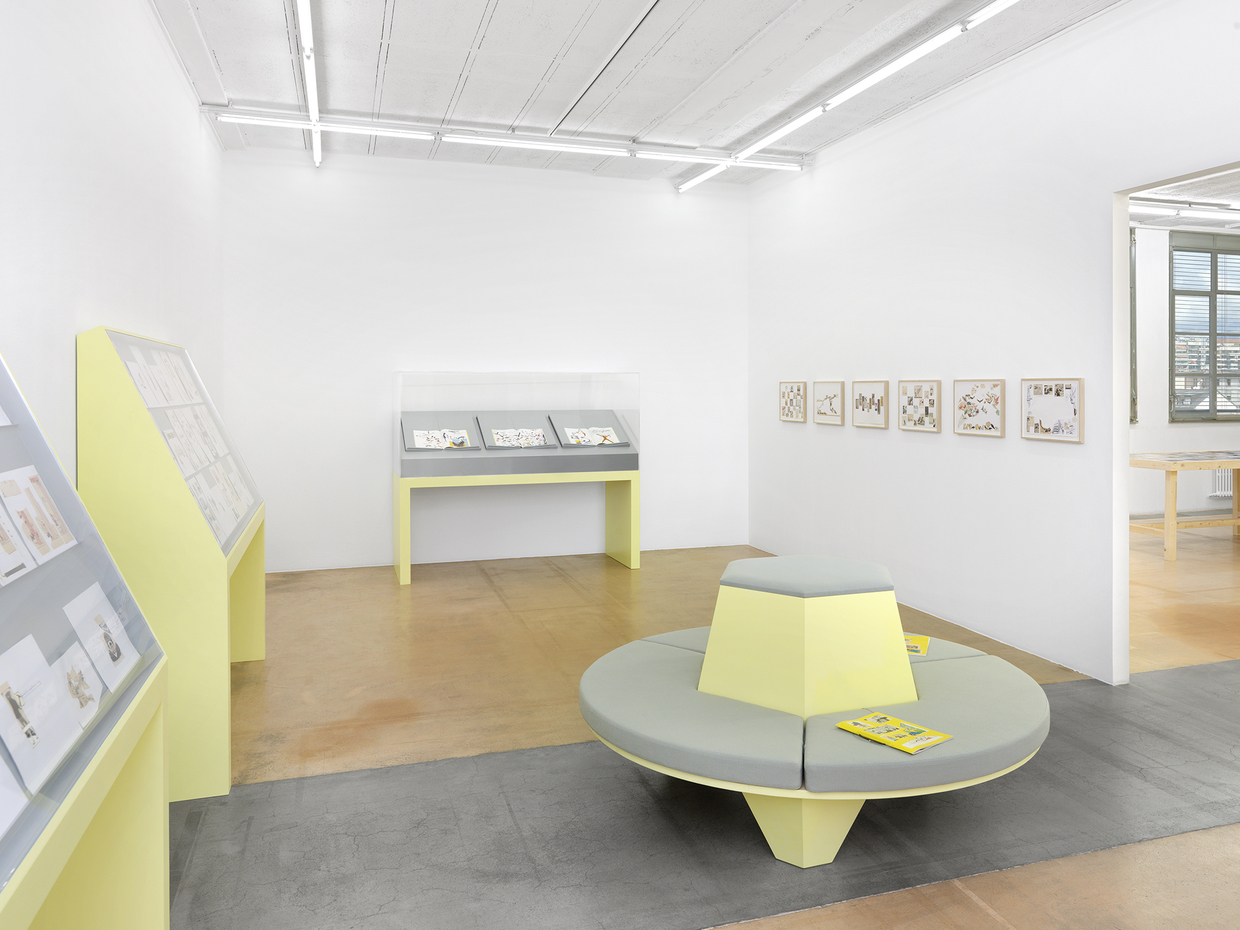 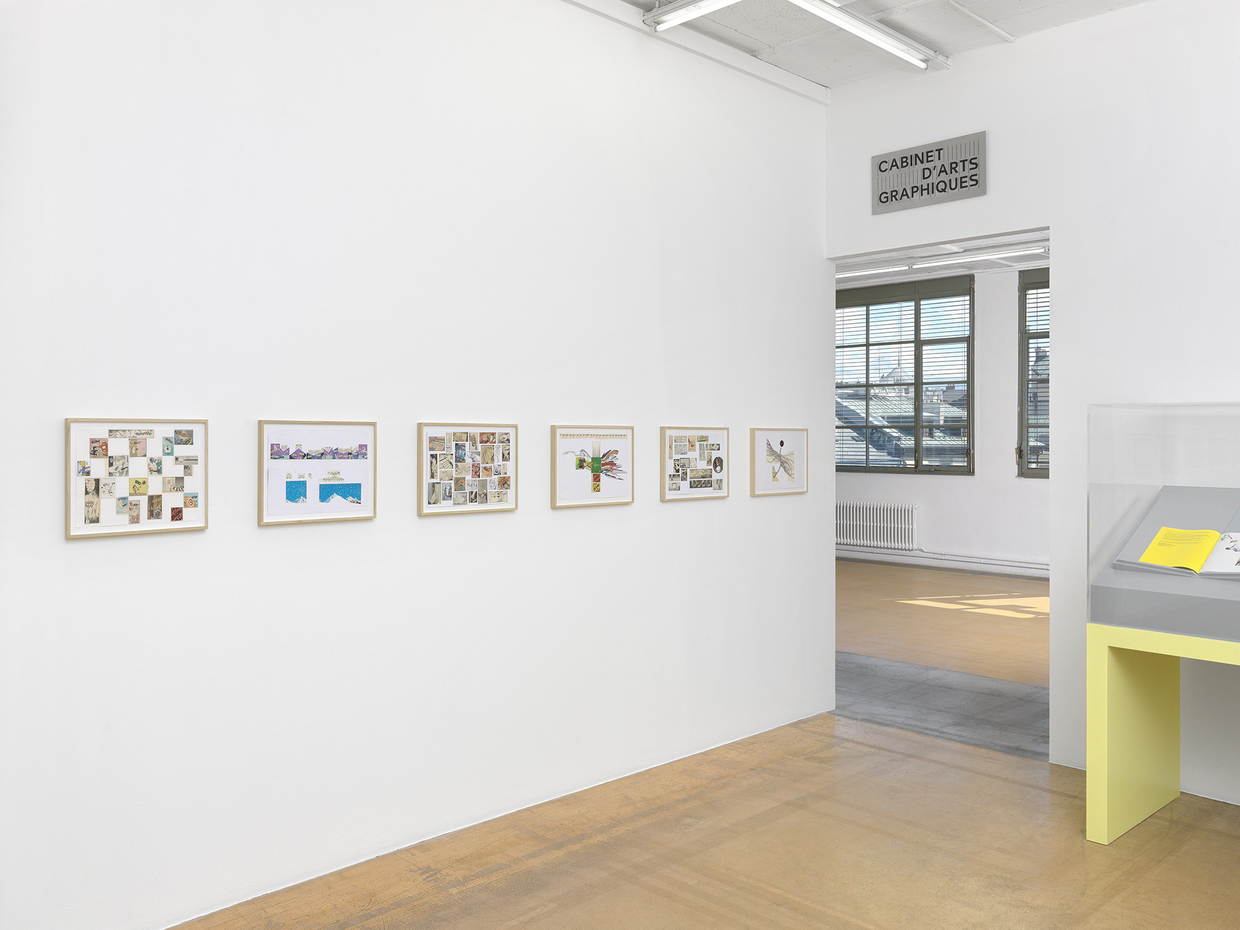 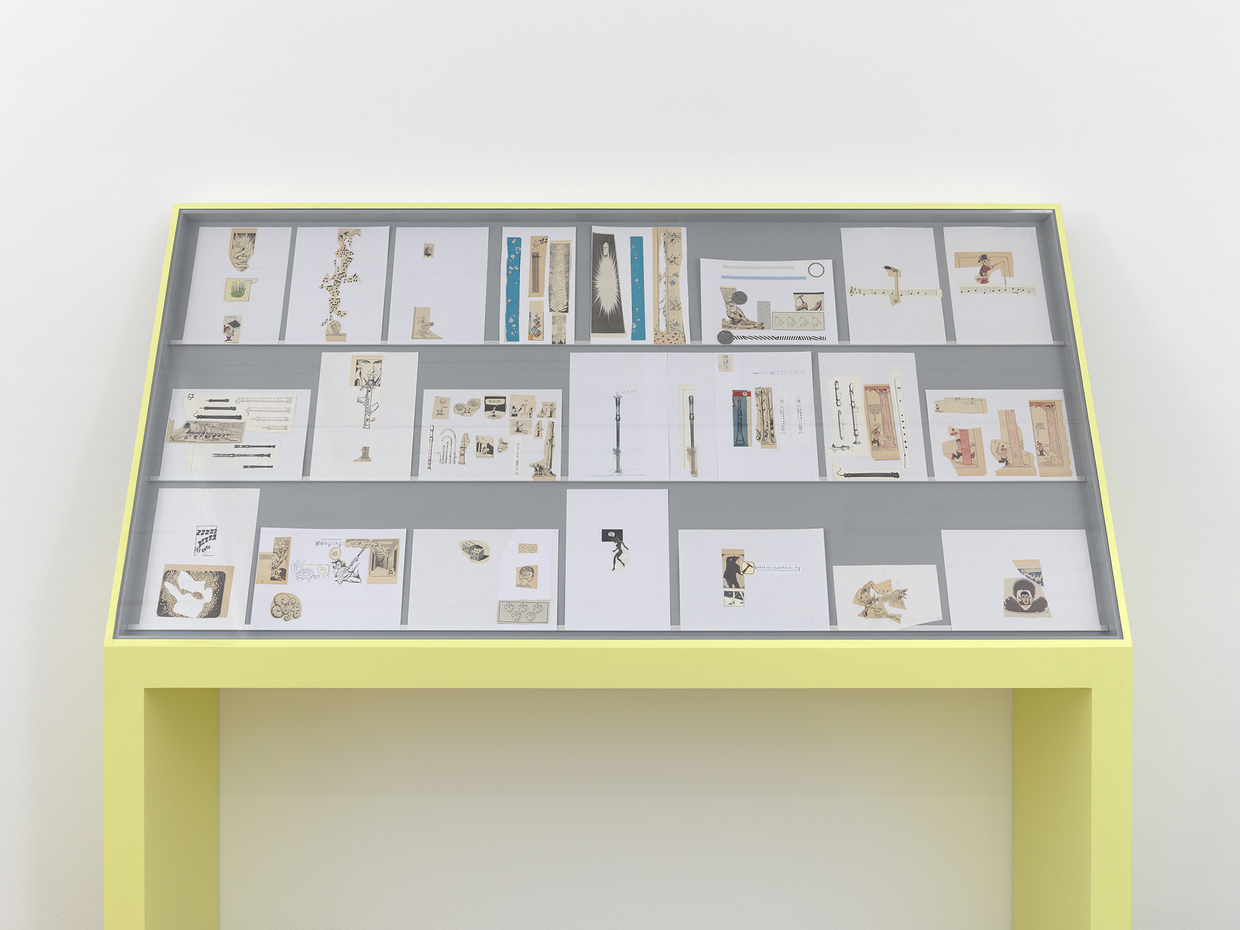 Christian Marclay (b. 1955 in San Rafael, California, living in London) moved to New York in 1978 to study at Cooper Union. There, he soon became a part of the prolific New York cultural scene, in which music and the visual arts were intimately linked. Countercultural places such as the Kitchen put on interdisciplinary events featuring both artists and musicians that were well aligned with Marclay’s interest in using sound as a medium in visual art. “A lot of my work is about how an image is expressive of sound, how sound is expressed visually,” he would say some years later.

Throughout his career, Marclay has explored the relationship between sound and sight, and the ways in which sound can be rendered visible. He has always insisted that, although his work is focused on the auditory, it does not necessarily deal with music. Onomatopoeias, for example, make for excellent tools in his artistic practice, because they not only represent sounds but also imitate the sounds that they denote. He seeks them out in shop windows, street signs, advertising, comic books and product labels. Much as he samples audio, he frequently uses collage to compose a string of projected images into a long, sound-evoking-yet-silent poem that could be used as sheet music by a vocalist. Marclay first began using onomatopoeias in 1989, taking pages from comic books and painting over everything but the words expressing sound effects. In 2006, he began tearing comic book pages into strips and assembling the fragments into collages that form an evocative visual “narrative.”

Marclay’s interest in comic books is a recurring theme in his work on visualizing sound. This popular medium is particularly relevant to such work in that it juxtaposes images arranged into narrative sequences with written interjections and, of course, onomatopoeias. Marclay is an avid collector of found images, not only comics but also photographs, album covers and film crops. Far from merely accumulating them, he arranges them into something whole, creating subtle arrangements of expressive drawings, various sensorial interjections, word-images and eloquent fragments of text. The result is a rhythmic composition open to auditory interpretation.

Created in 2016, "To Be Continued" is a 48-page comic book that a reader might enjoy for the lively expressivity of its illustrations, which the artist collected and assembled into short vignettes. The preparatory collages on display here provide a snapshot of the work in progress: how Marclay chose the images and developed the composition. "To Be Continued" was created to serve as a graphic score for the baBel ensemble, with which Marclay has worked in close collaboration since 2012. The five-musician group improvises based on the illustrations for 30 seconds per page, interpreting the book into a seamless concert.