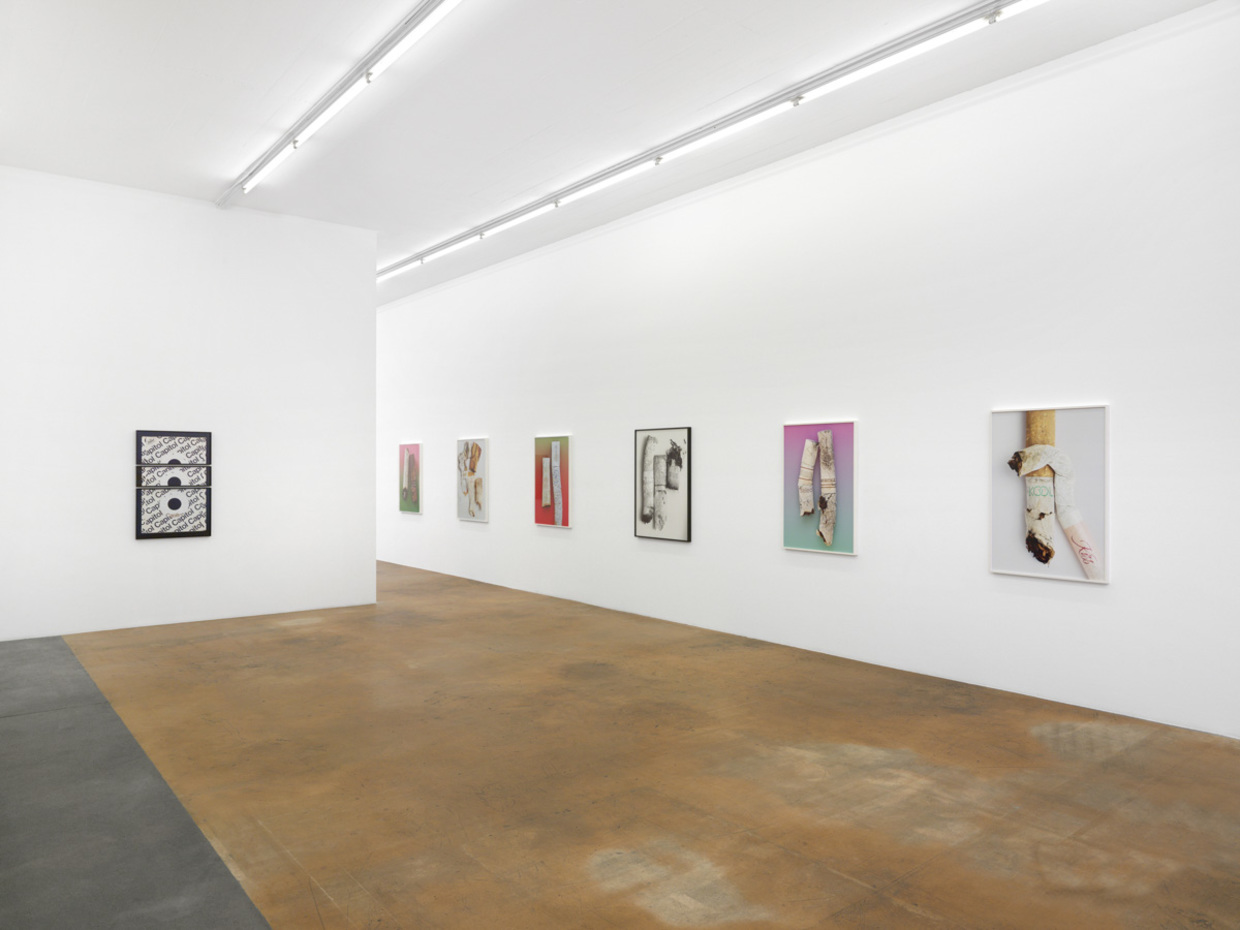 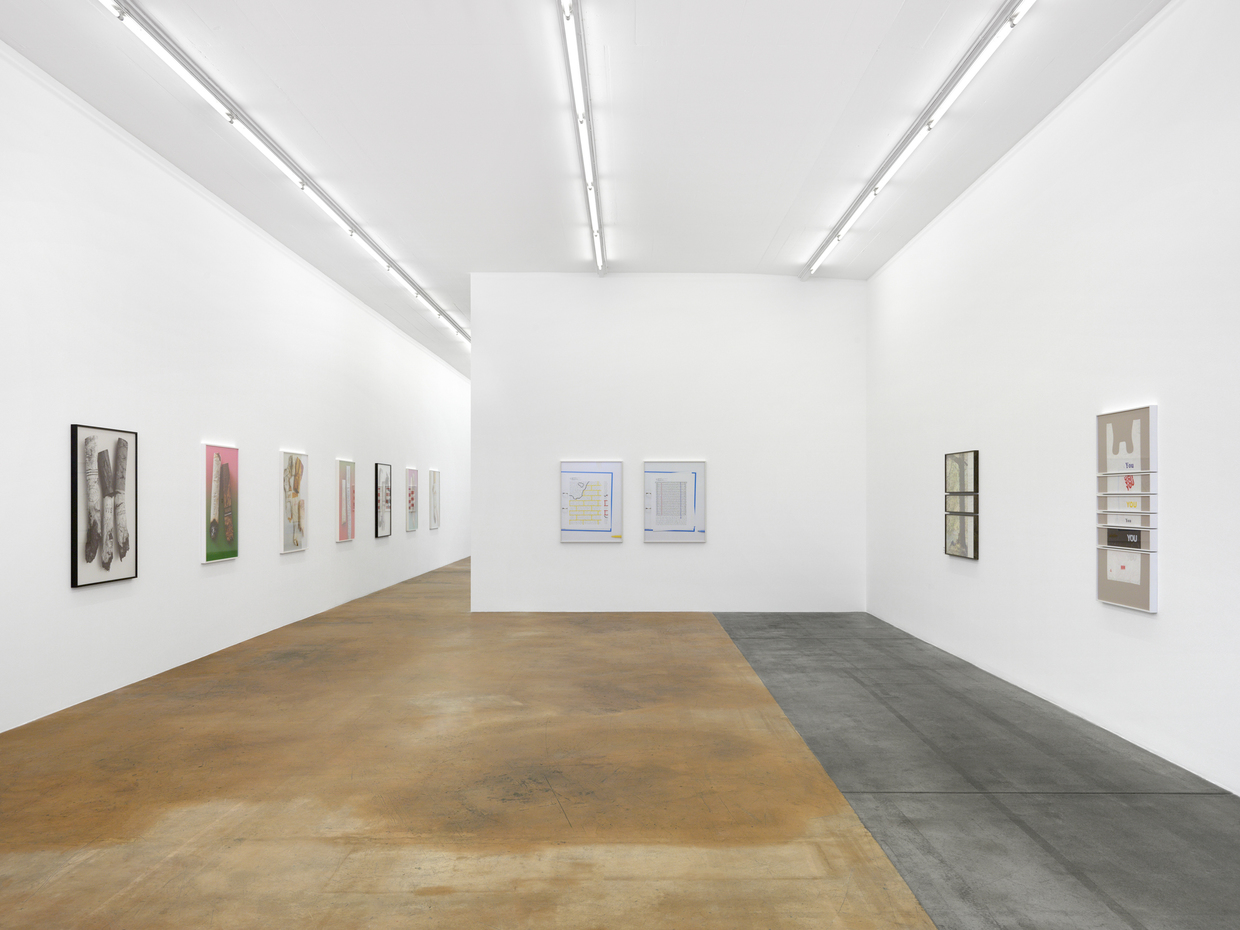 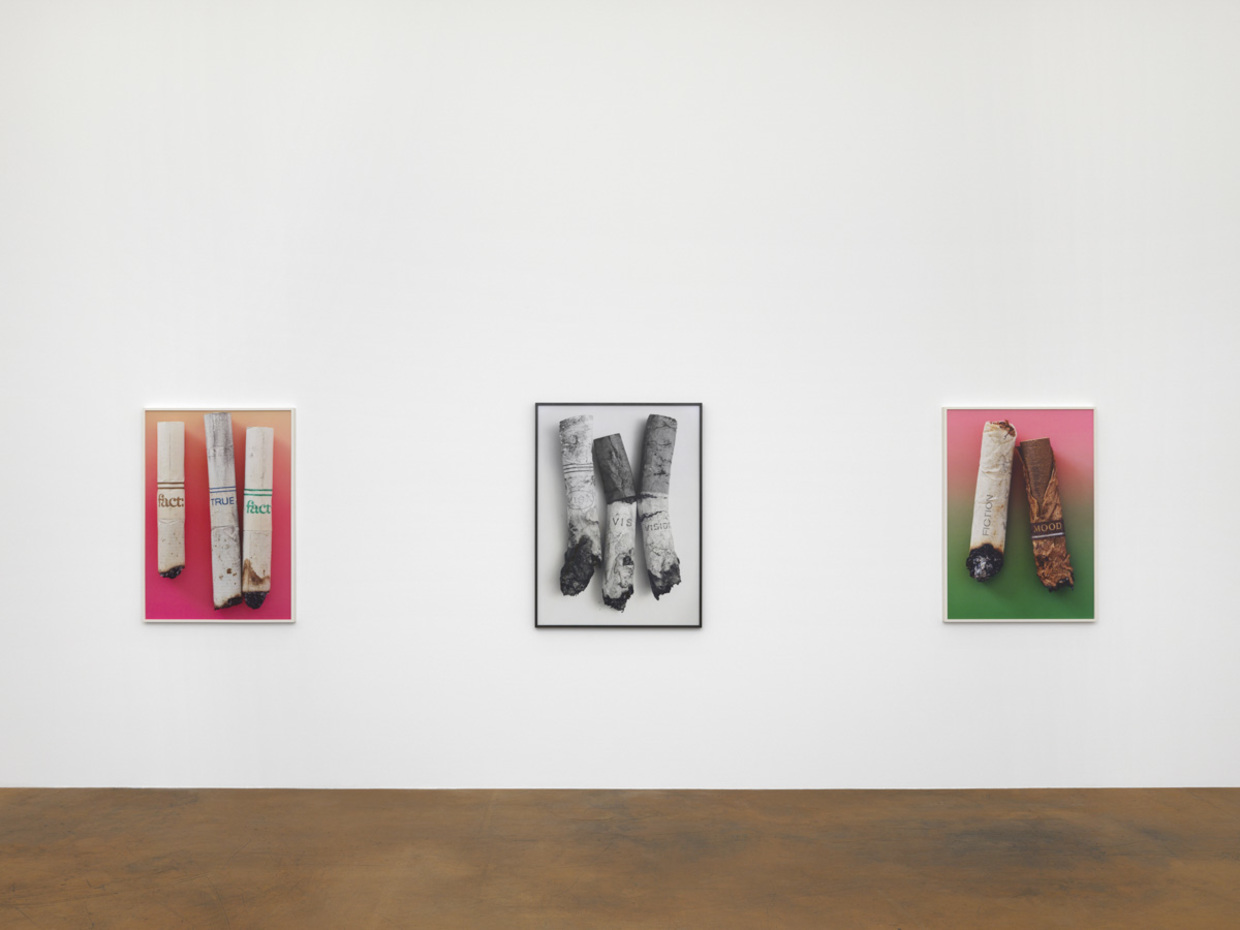 Is it true you said poems are made of words?

Works by Natalie Czech (*1976, Neuss, Germany) stand at the confluence of Concrete poetry and “appropriationist” photography: movements that question the relationship between text and image, and which have themselves been the subject of a particular focus at MAMCO. Czech applies the Concrete poets’ spatialization of text, and their inference of the equivalence between what a poem shows and tells, between the legible and the visible.

Czech also develops the “appropriationist” critique of originality, for which she substitutes “intertextuality,” a concept that invites the viewer to consider every text as a “fabric of quotations” (Roland Barthes). Czech’s exclusively photographic work examines existing “textual fabrics” to reveal layers of meaning and poetry, in a play of unexpected connections, as in her Hidden Poems—a variety of reconfigured source materials in which the artist uses a pen or highlighter to reveal poems by e. e. cummings, Jack Kerouac, Robert Lax, and Frank O’Hara. The original text is “captioned” by this poetic revelation, while the new text is given a second layout. The Poet’s Question series selects and isolates questions in poems by writers such as Lev Rubinstein, Robert Grenier, and Charles Bernstein. The letters that make up these questions constitute a “stock,” like Scrabble tiles, which the artist seeks in everyday objects.

One photograph reveals the question “Do hearts break if you don’t touch them?” (from poet Charles Bernstein) on the music cassette “Imperial Bedroom” by the group Elvis Costello & The Attractions. The question is written in snippets of magnetic tape, as if the medium itself were reproducing the text. From music to text, and from poetry to photography, the self-referentiality is both intertextual and “inter-medial.” If we look more closely at the cassette itself, we see that each of the words used to write the question has been erased with the exception of three words that form a troubling response: “Loved ones beat.”

Specially created for this exhibition, the Cigarette Ends series is the culmination of a process of collection and assembly. Here the artist is no longer seeking to reveal existing poems but composes her own texts using the names of the brands printed on cigarettes. This minimalist poetry focuses the viewer’s attention on typography, giving these discarded scraps an unexpectedly plastic quality. Here, Czech continues to pay poetic/aesthetic homage to the most trifling of objects, whether mainstream records, cigarette butts or—elsewhere—plastic bags.