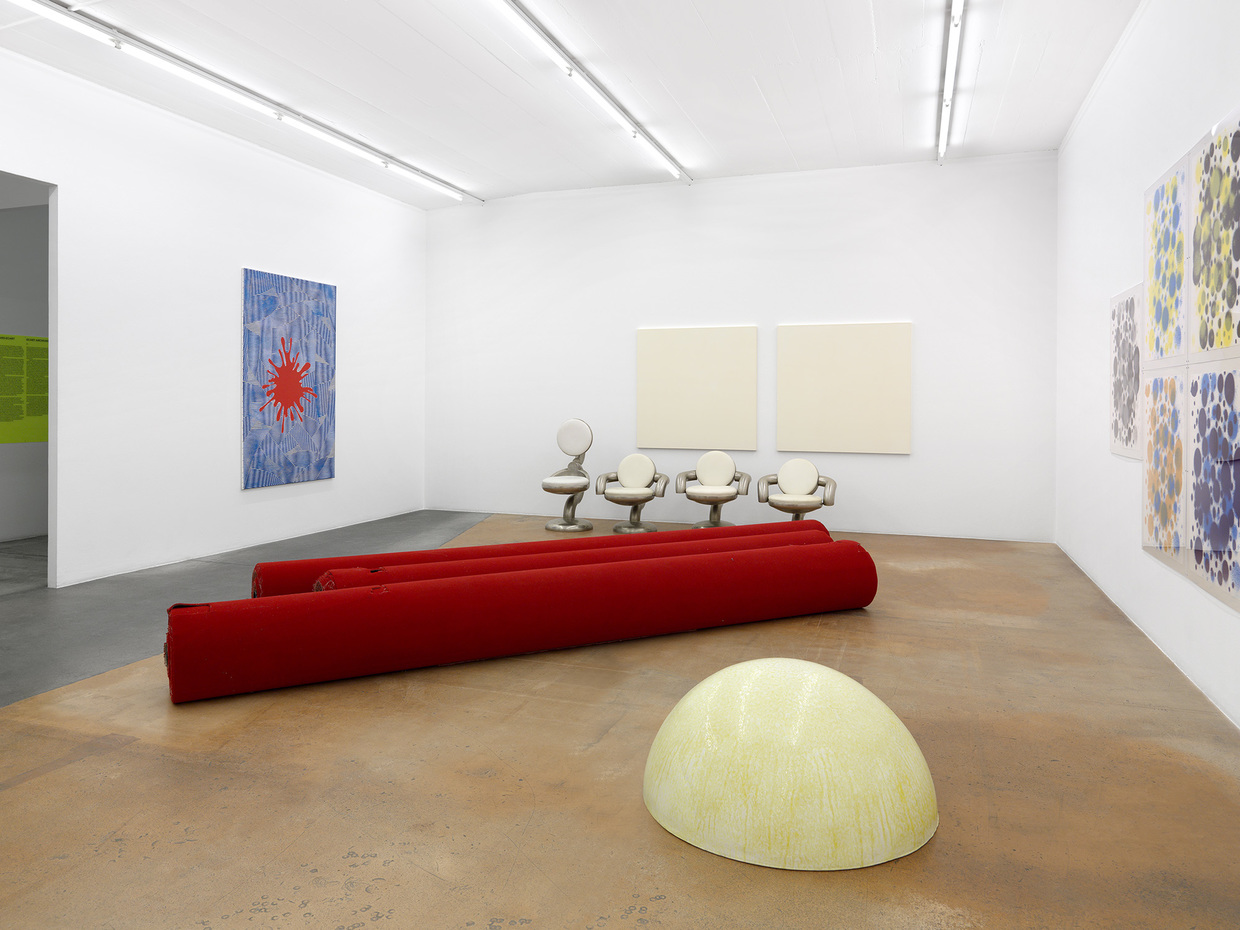 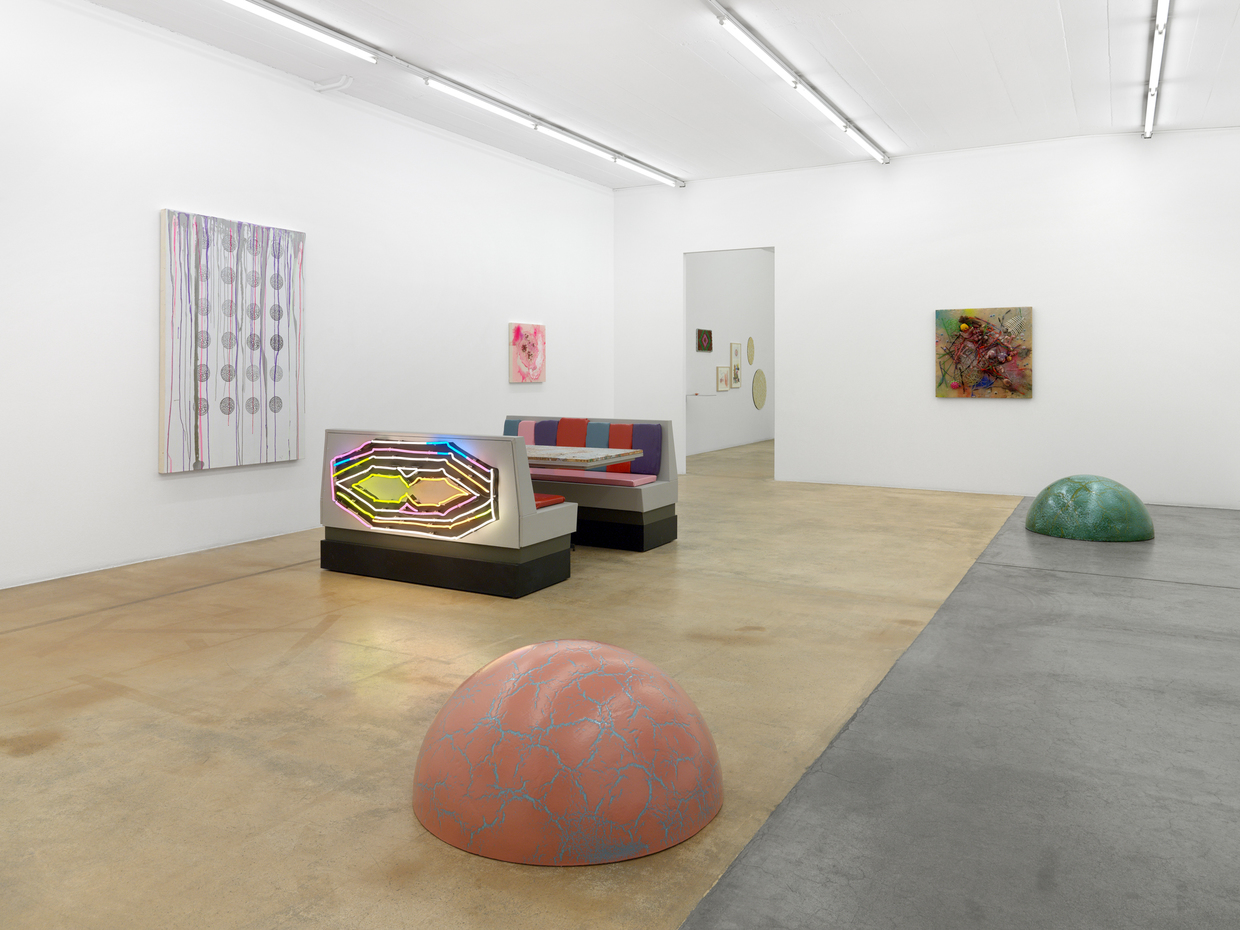 The works in this exhibition conceived by John M Armleder are all collaborations of a sort: co-created paintings and sculptures, works derived of protocols or whose fabrication was delegated to others, projects inspired by—or created in homage to—other artists, etc. The exhibition’s title (the ampersand being a ligature of the letters ‘e’ and ‘t’, from the Latin word ‘et’) refers to collaborative methods that erode the meaning of the artist’s signature and slyly undermine assumptions of authorship.

Armleder began his career by exploring Conceptual art and the methods of the Fluxus movement as part of the Ecart collective, which he founded with Claude Rychner and Patrick Lucchini in the late 1960s. Later, he organized a series of group exhibitions with Sylvie Fleury and Olivier Mosset under the initialism AMF, in which he explored the idea of a renewed aesthetic conversation. And in the 2000s, his signature became a near-allograph as he appropriated the work of other artists or delegated the entire process of creation to others.

The exhibition is less a portrait of Armleder himself than a stage for presenting his artistic rapports and formal affiliations. Rather than revealing the development of his own practice, the works assembled here serve to upend the conventions dictating the creative process, the production of artworks, and the context in which they are exhibited.