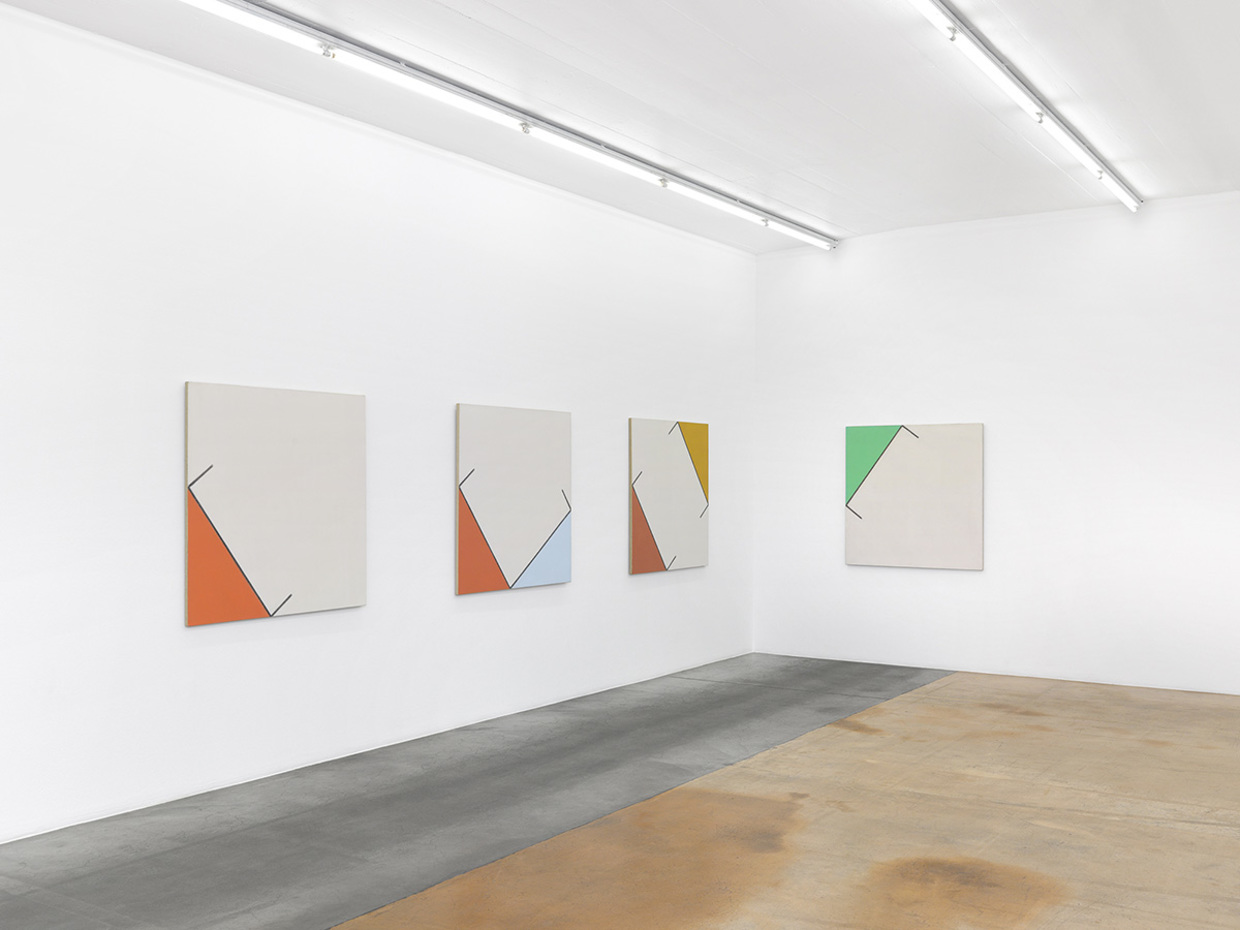 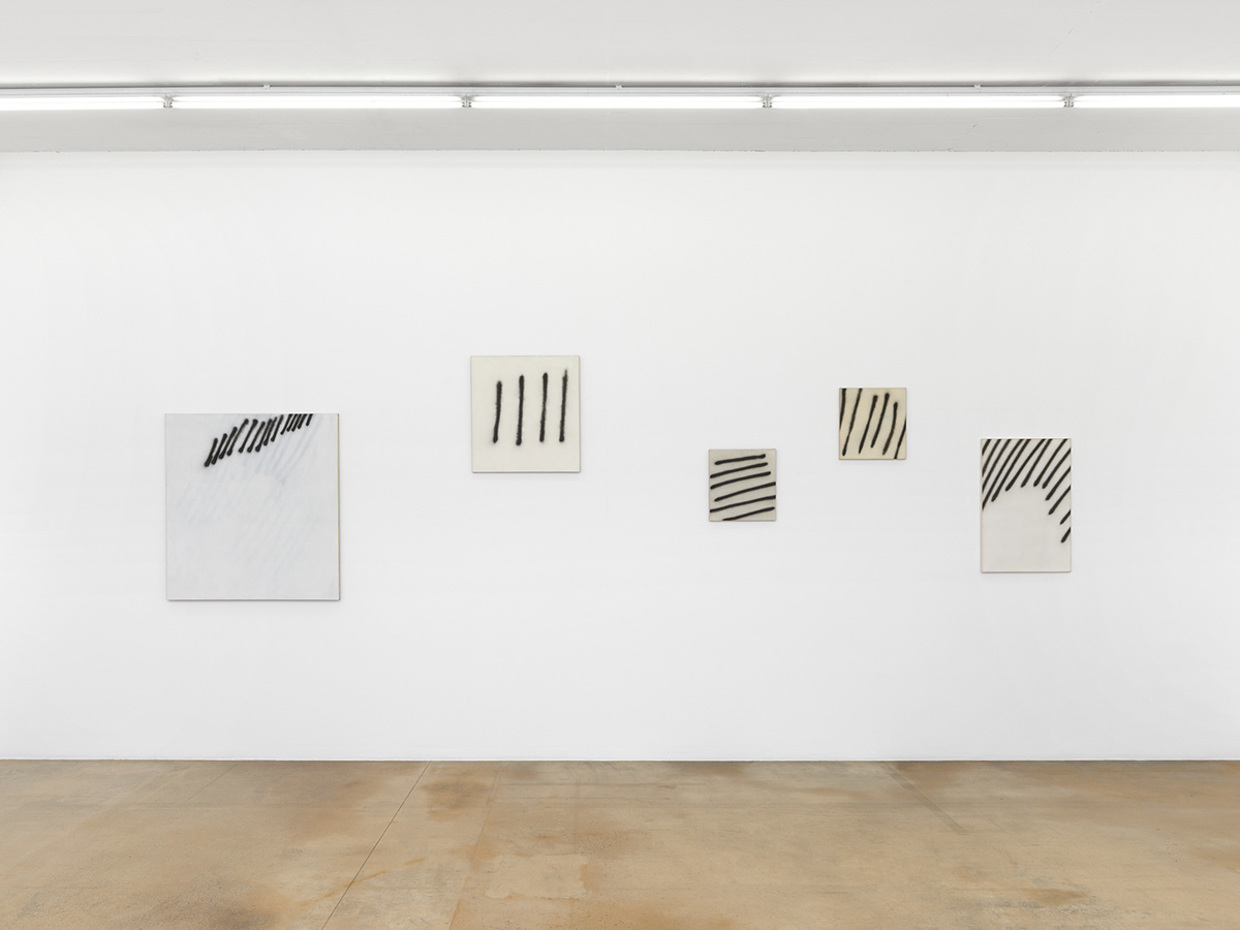 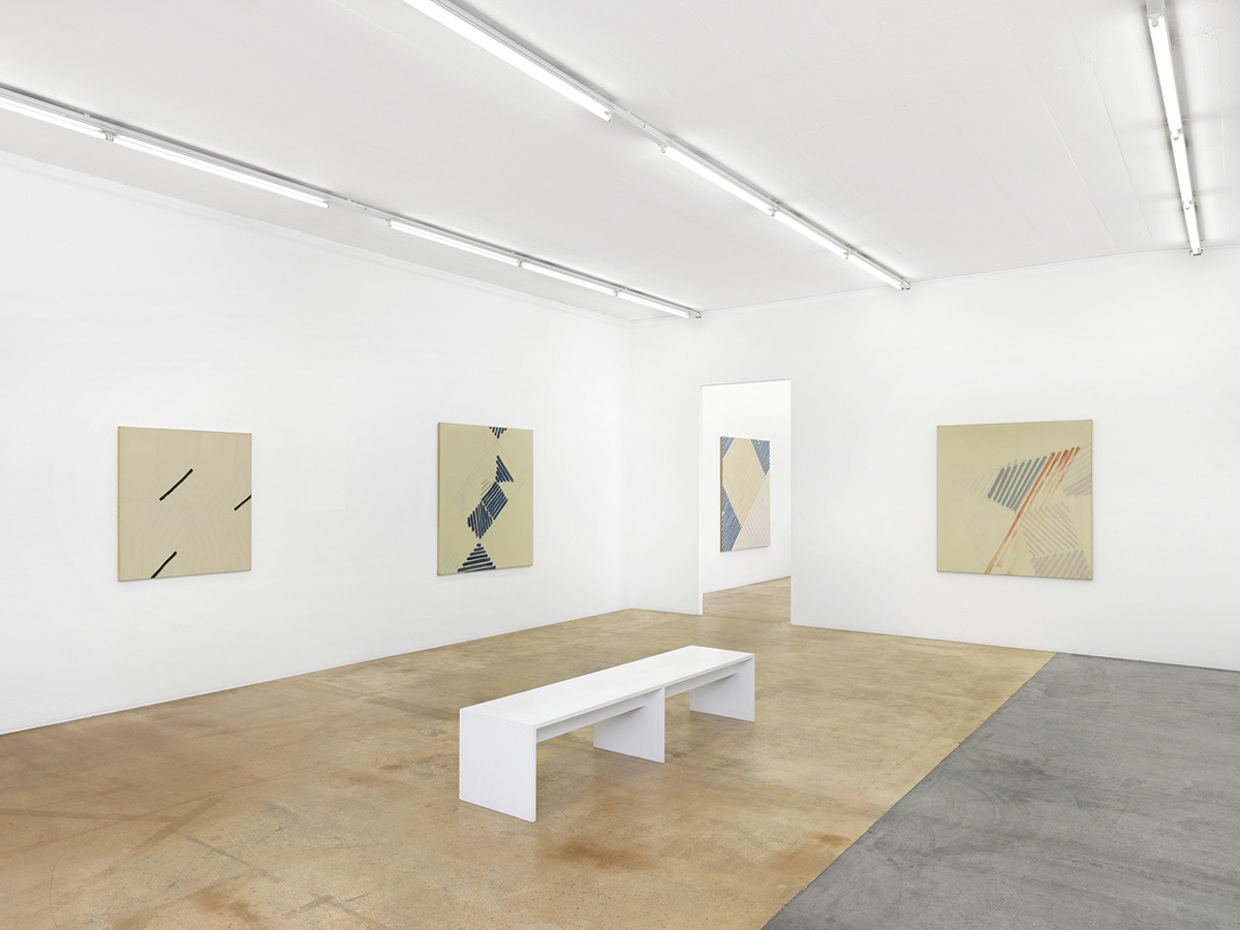 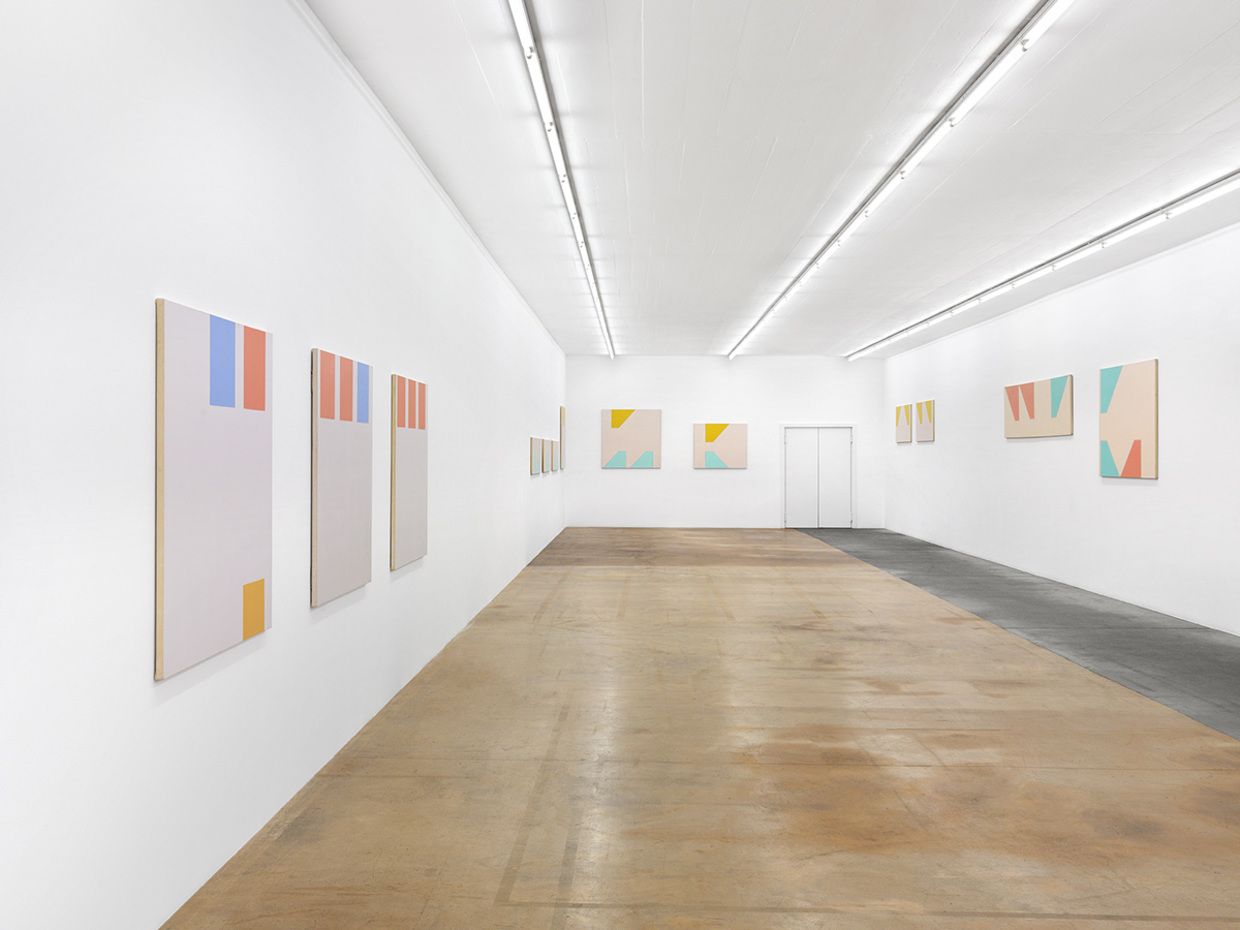 Martin Barré was born in Nantes in 1924. He studied architecture and painting at the city’s Ecole des Beaux-Arts and settled in Paris at the beginning of the 1950s. He made his début on the Paris art scene with solo and group exhibitions in 1954 and 1955. Abandoning the vocabulary of his student years, he applied himself to the development of a distinctive, abstract oeuvre—an undertaking he pursued with exceptional rigor and originality over the following four decades, until his death in 1993.

His work as a whole displays remarkable coherence but is nonetheless generally divided into five periods. From 1954 to 1962, an initial phase gives form to an unprecedented synthesis of the artistic lessons of the first half of the 20th century and post-war abstraction. From 1963 to 1967, Barré developed a pioneering corpus in the history of contemporary painting, using aerosol sprays to create performative works that capture gesture and time on canvas. His so-called “conceptual episode,” from 1969 to 1971, was a period of experimentation with the conceptual possibilities of photography and the exhibition-as-artwork—new avenues for his exploration of the medium of painting and the conditions that shape its making and display. Barré’s return to painting in 1972 heralded two decades of creativity. From 1972 to 1977, he explored the structure of paintings through the use of a visible grid plan, overpainting and mark-making, followed by the investigation of colour and combinatory processes from 1979 to 1992.

Working sequentially, Martin Barré mobilizes the full range of pictorial parameters to liberate the dynamic, spatial, and cerebral potential of painting as a medium. By conceiving each picture of and in itself, and in relation to the other pictures in the series of which it is a part, Barré conducts his work with precision, applying an almost linguistic approach to painting. The formation of the picture is supremely important: it is here that his selective interplay evolves, between colours and areas left in reserve, between the foreground and background, the picture space and the space out-of-frame, effects of transparency and the border.

MAMCO’s exhibition is Switzerland’s first large-scale presentation of work by this pivotal figure in mid-to-late 20th-century art. Featuring representative works from each period, the show retraces Martin Barré’s engagement with the medium of painting: the enterprise that lead him to experiment ceaselessly with the sensory, cerebral, chromatic, and physical properties and possibilities of pictorial form. For Barré, painting is a conceptual and visual “playground,” a space to think, and a place where thoughts can assume material form.