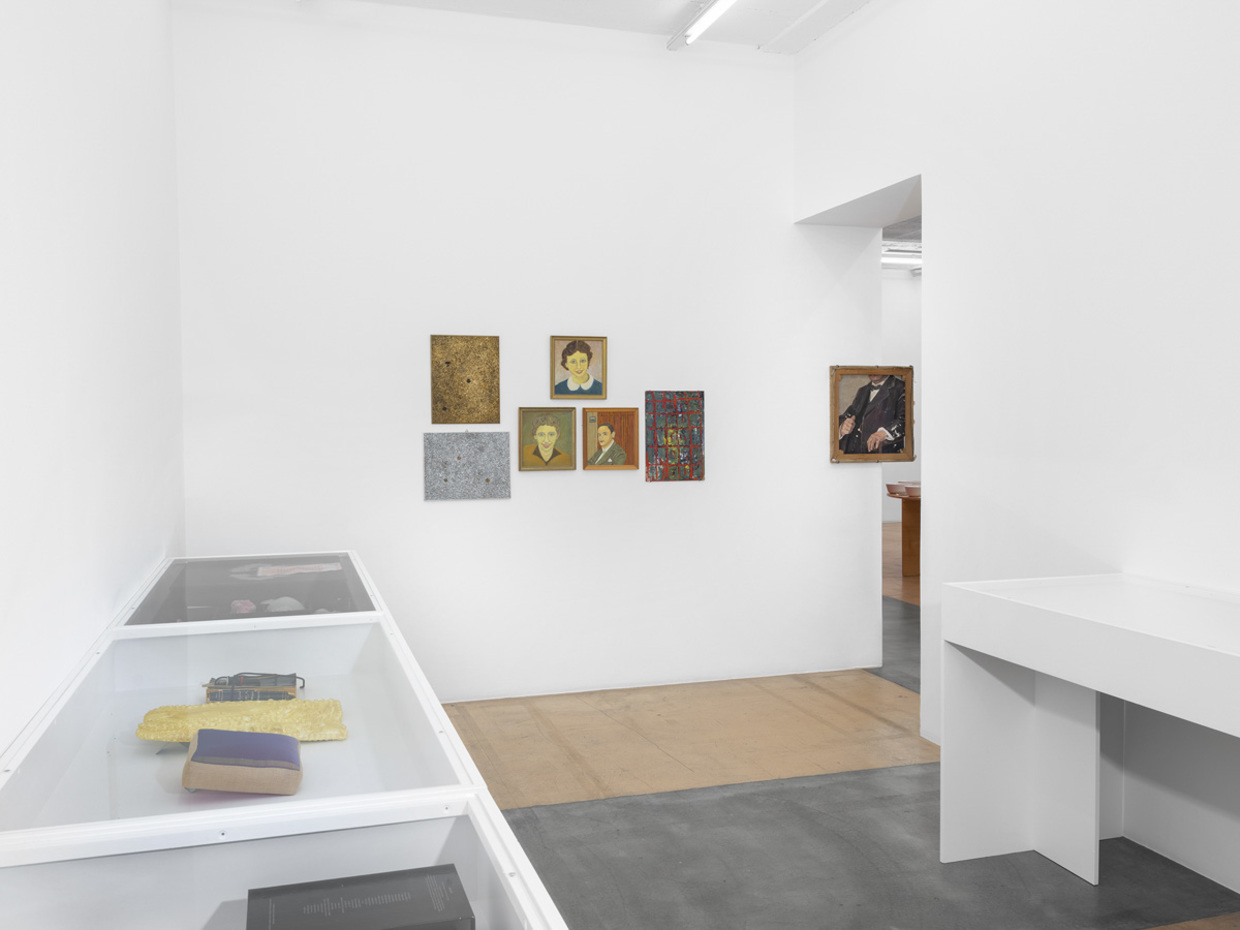 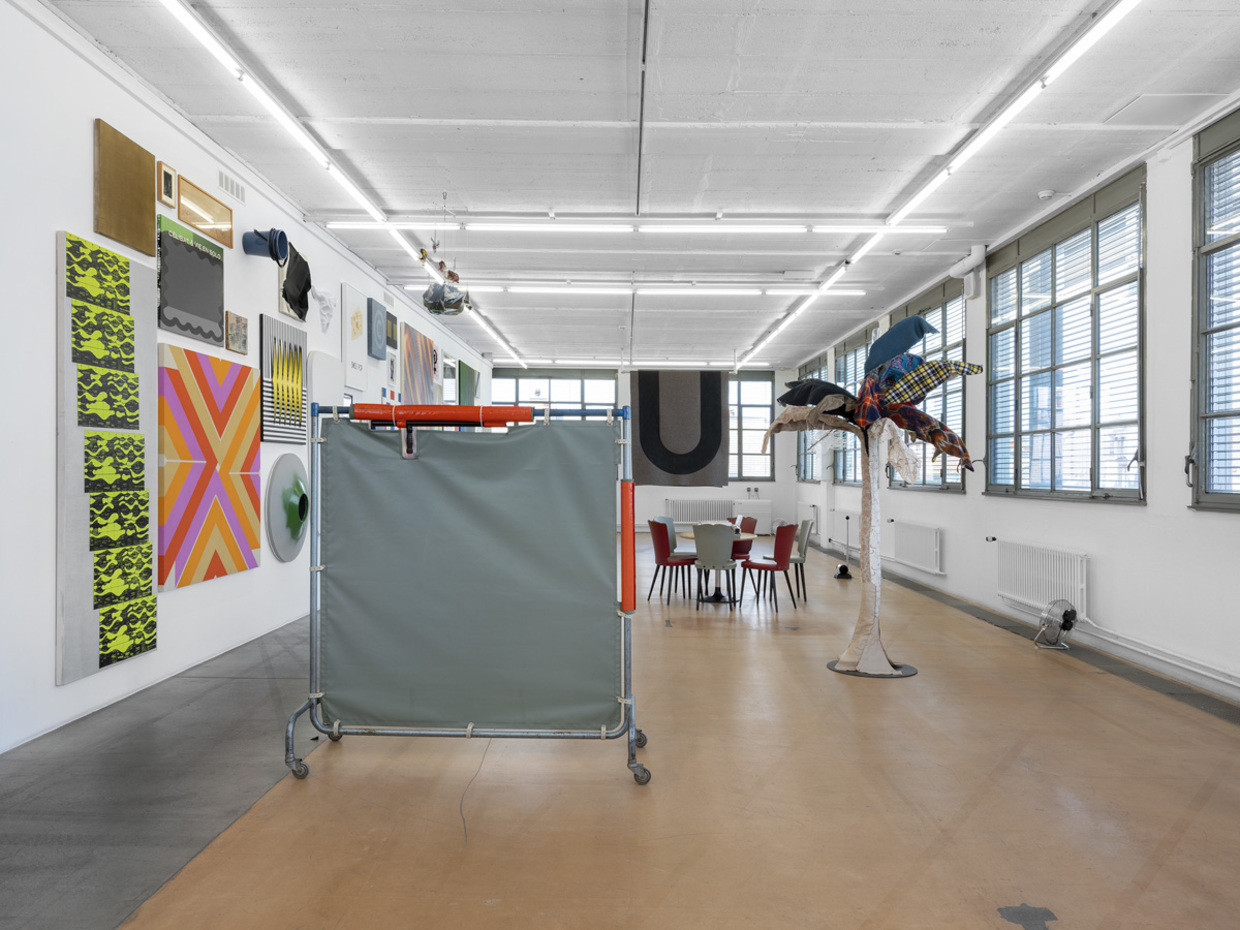 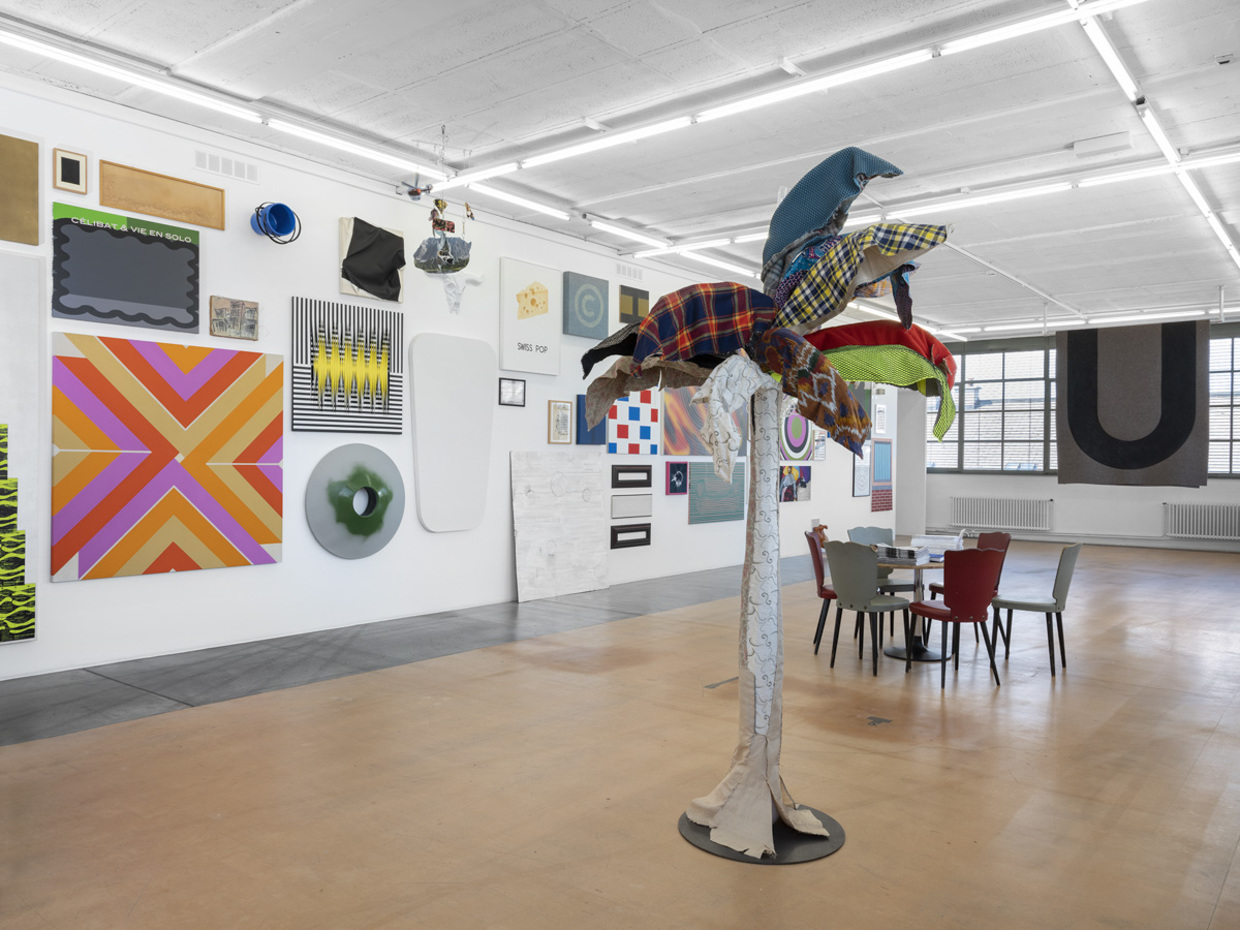 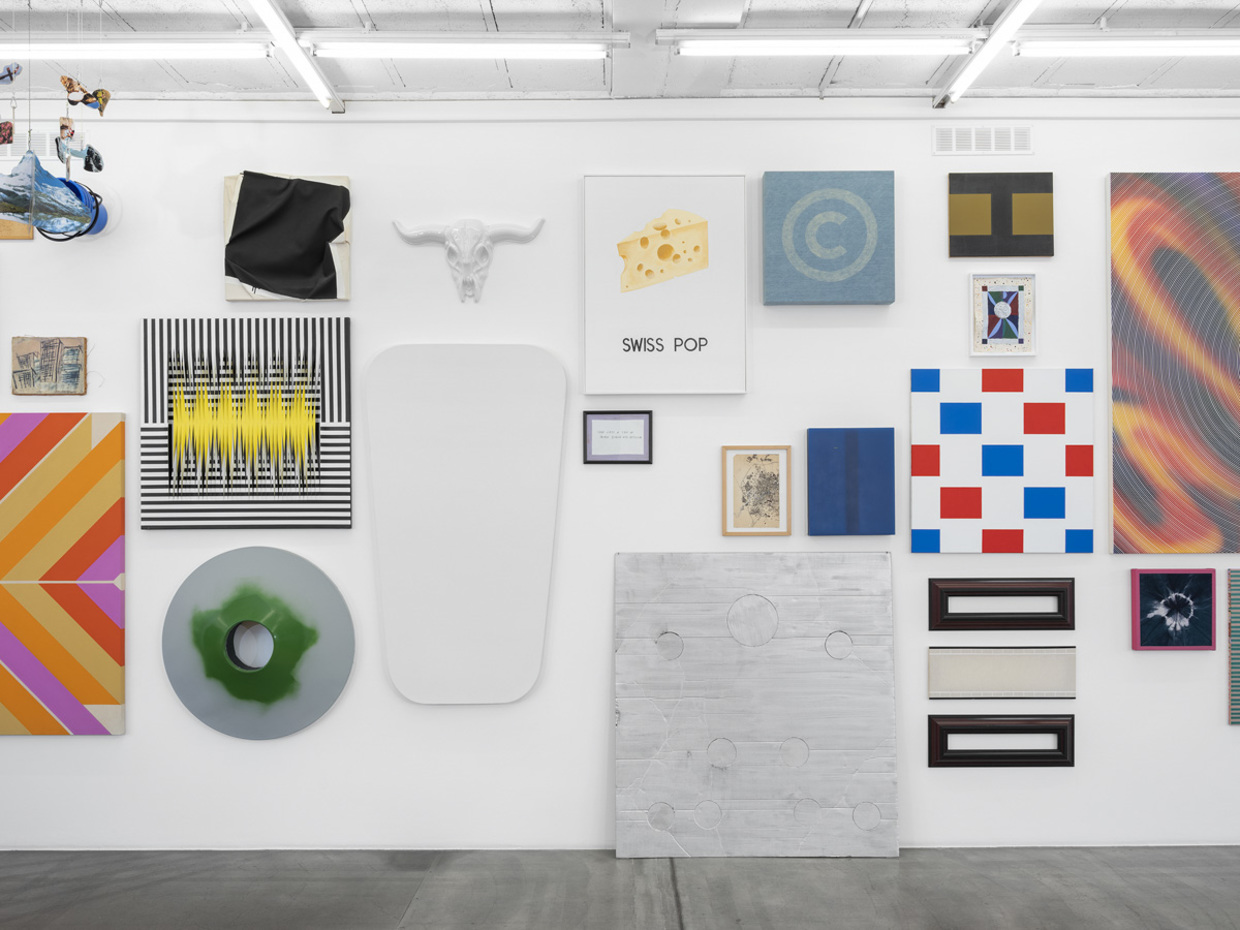 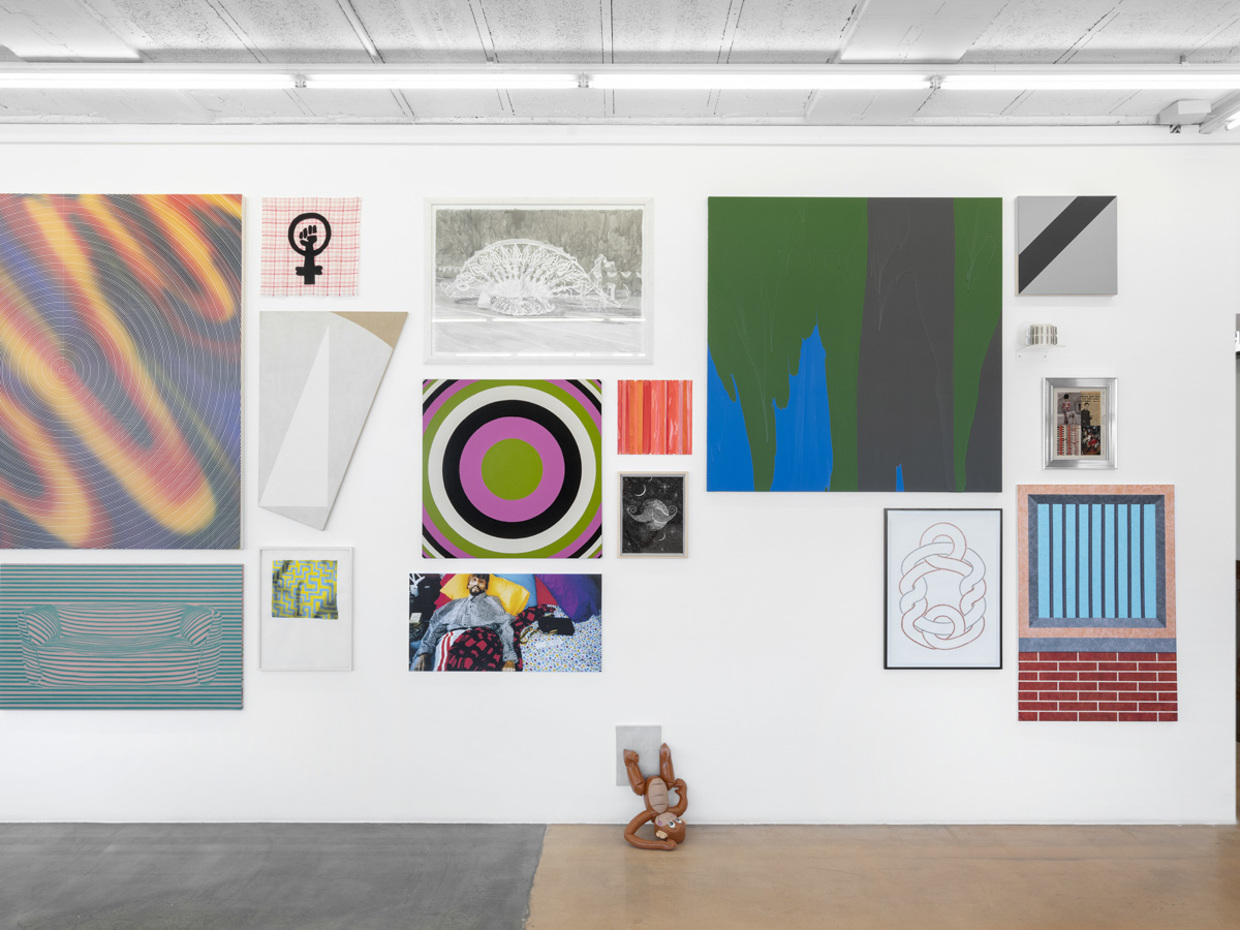 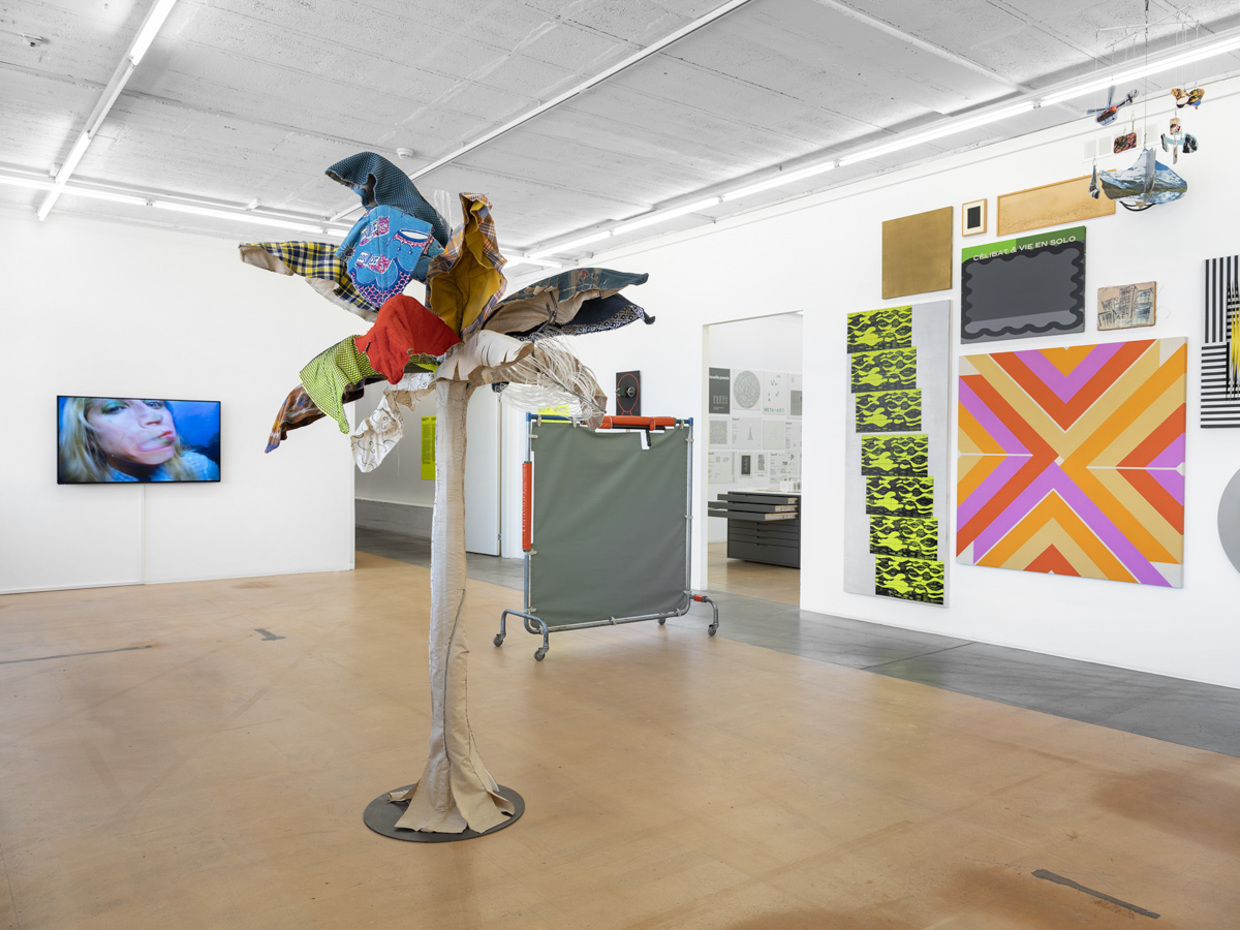 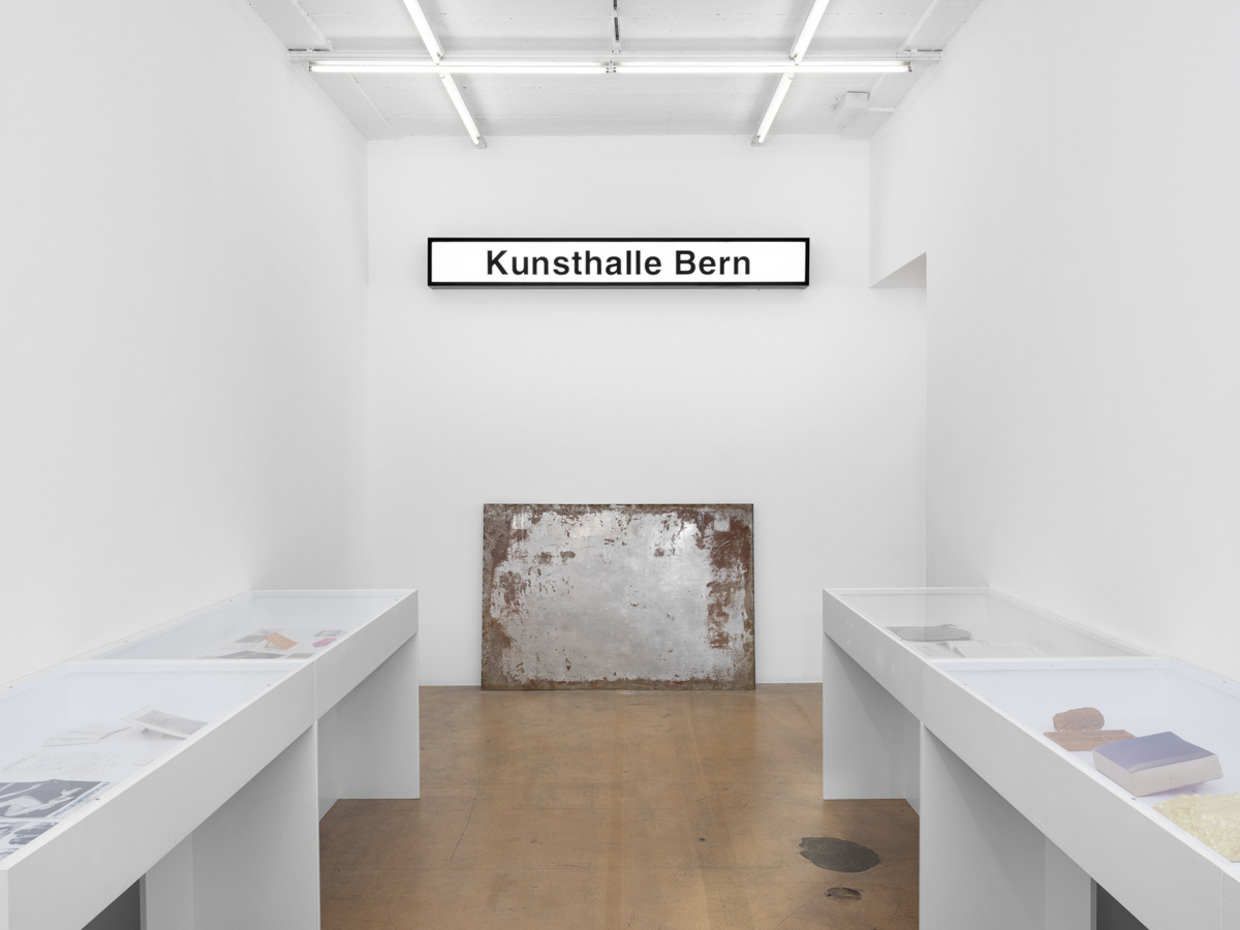 Since 1980, Ecart occupies a booth at Art Basel, the international fair. Its small size, its distinctive furnishings (a legacy of the Hôtel Richemond), and its atmosphere of permanent discussion are familiar to every Art Basel visitor. It is a fixed point in an otherwise inflationary event and one of the fair’s few not-for-profit spaces (revenues from sales go solely to the exhibited artists). MAMCO exhibition brings together some 100 artworks and documents relating to this activity and pays tribute to the “Ecart spirit.”

Ecart’s first presentations at Art Basel were closely connected to activity at the Geneva gallery (which closed in 1982), featuring work by artists such as Ben, Manon, Olivier Mosset, and Tamas Szentjoby. Books were a constant feature, too—indeed, John M Armleder made his début as an exhibitor at Art Basel with a selection of books published by Ecart. Armleder quickly saw the fair’s potential for the display of artworks, going so far as to produce several different shows over the course of the week.

In the 1980s, the program gained curatorial autonomy, reflecting projects organized by John M Armleder, such as the Teu-Gum Show in 1981, or Peinture abstraite in 1984. The presence of artists such as Pierre-André Ferrand, Philippe Deléglise, Christian Floquet, Jean-Luc Manz, and Patrick Weidmann, as well as Helmut Federle, Allan McCollum, Steven Parrino, and Peter Schuyff, demonstrates his sustained interest in contemporary forms of abstraction, in French-speaking Switzerland and the United States alike. His display of an ensemble of paintings bought from a thrift store one of the years of this decade also reflects his ongoing exploration of questions of taste, style, and categorization in art.

In the 1990s, John M Armleder—in collaboration with Sylvie Fleury and the occasional assistance of young curators—chose to show work by artists who would otherwise have had no presence at the fair: Cady Noland, General Idea, Karen Kilimnik, Thom Merrick, John Tremblay, Fabrice Gygi, Amy O’Neill, Blair Thurman, and Pipilotti Rist, for instance.

With the support of Mai-Thu Perret and a constellation of art lovers, the Ecart booth continues to surprise, year after year, as a space for discussion and, at the heart of an increasingly commercial event, as a disruption of professional norms.