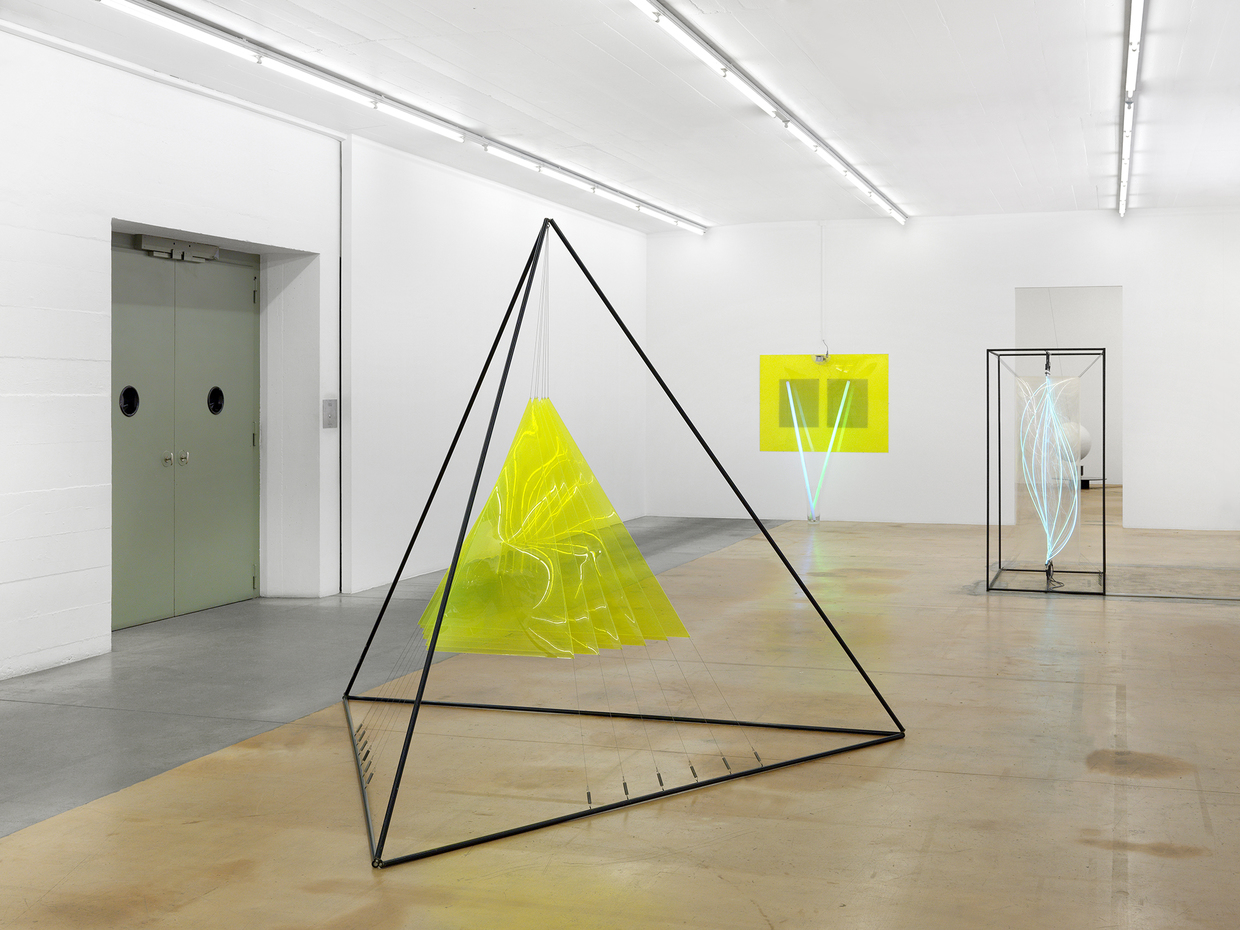 Piotr Kowalski (1927–2004) embodies the figure of the artist as research scientist and inventor—a tradition dating back to Leonardo da Vinci. Born in Warsaw, Kowalski studied mathematics and architecture at MIT in Cambridge (Massachusetts, USA) and moved to France in the late 1950s. He practiced first as an architect, notably with Ieoh Ming Pei, Marcel Breuer, and Jean Prouvé, before turning to art and developing a corpus of sculptural work based on scientific principles. For Kowalski, the practice of art cannot be purely aesthetic: art is an urgent necessity, an expression of social activism.

Kowalski uses state-of-the-art and everyday technology like a painter uses colour, to “transform the world and produce objects,” but never as an end in itself—always as a stimulus to the imagination. He strives to make the laws of physics perceptible, using poetic means, everyday language and contemporary tools.

He dreamed of creating a space for “joyful wisdom” or learning—a kind of amusement park of ideas, designed to forge an understanding of the universe through objects. Kowalski produces simple, minimalist forms and basic structures, invariably as the result of a process made visible by the artist. His works vary in size from extremely small to vast—on the scale of a city. Very early on, he reflected on the possibility of incorporating art into the urban fabric, and produced monumental works in France, the US, and Japan.

His inquisitive, scientific approach leads him to use a broad range of materials, keeping pace with technological progress. His exploratory works have incorporated light, gases, lasers, explosives, magnetic energy, holograms, microprocessors, and the Internet.

Some of Kowalski’s works hand control to the viewer: by displacing a tube, cube or glass sphere containing a variety of rare gases or a magnetic field, he or she triggers the diffusion of radiant, coloured light. In this way, Kowalski gives the viewer a tool for direct learning, while at the same time inspiring a sense of poetic, almost child-like astonishment. Added to which, the spoken word – the voice of the poet Ghérasim Luca—forges an unbreakable link between science and the imagination.