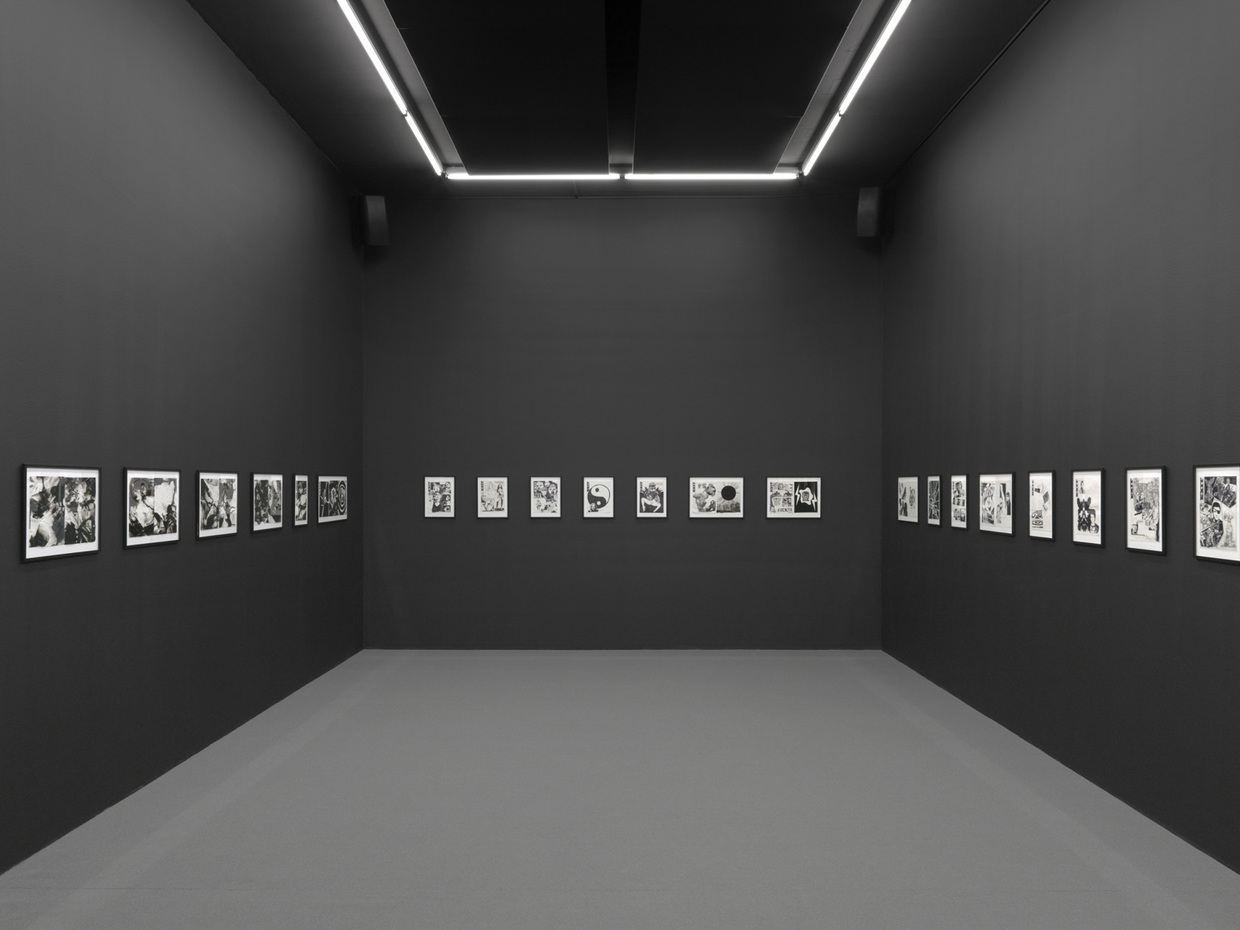 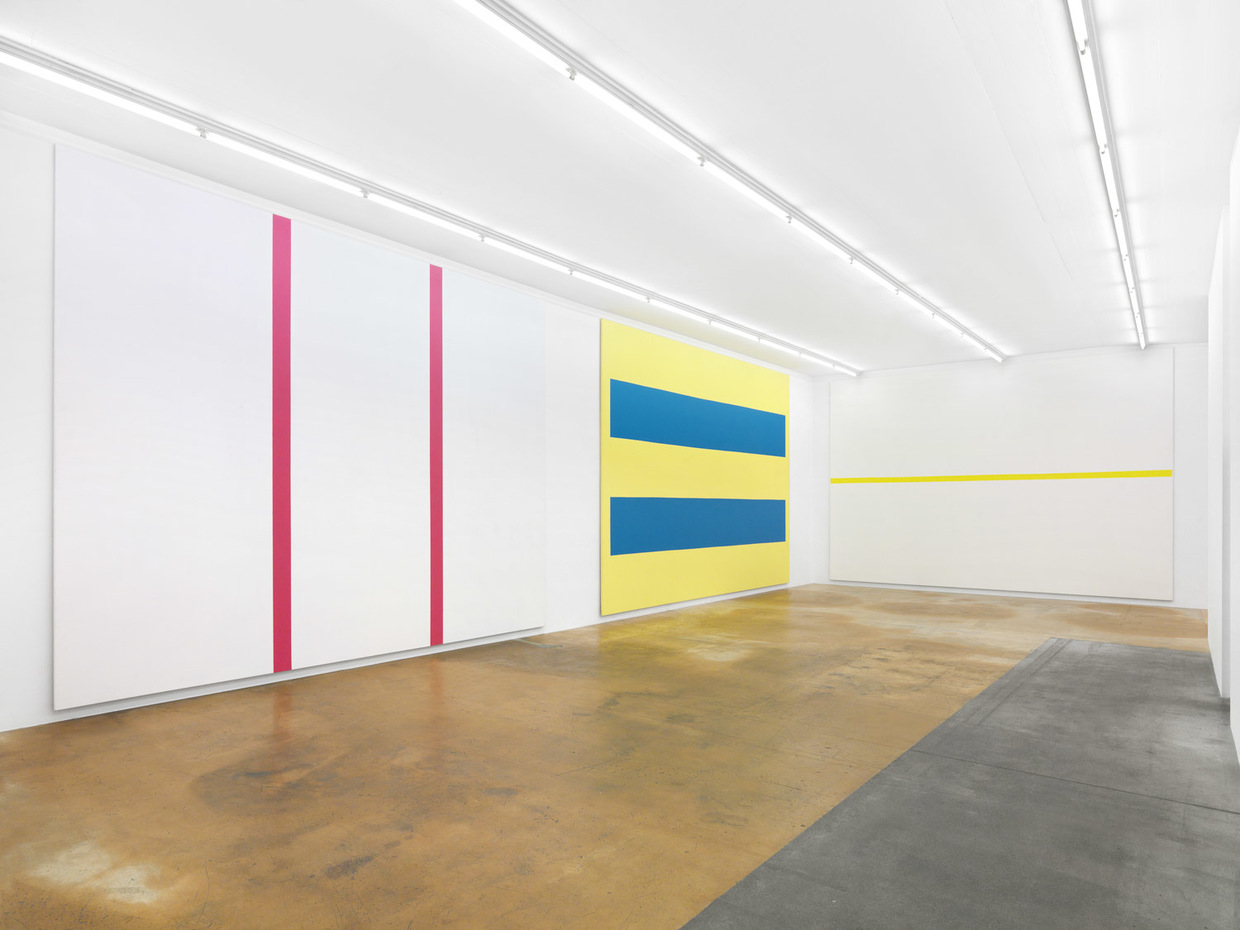 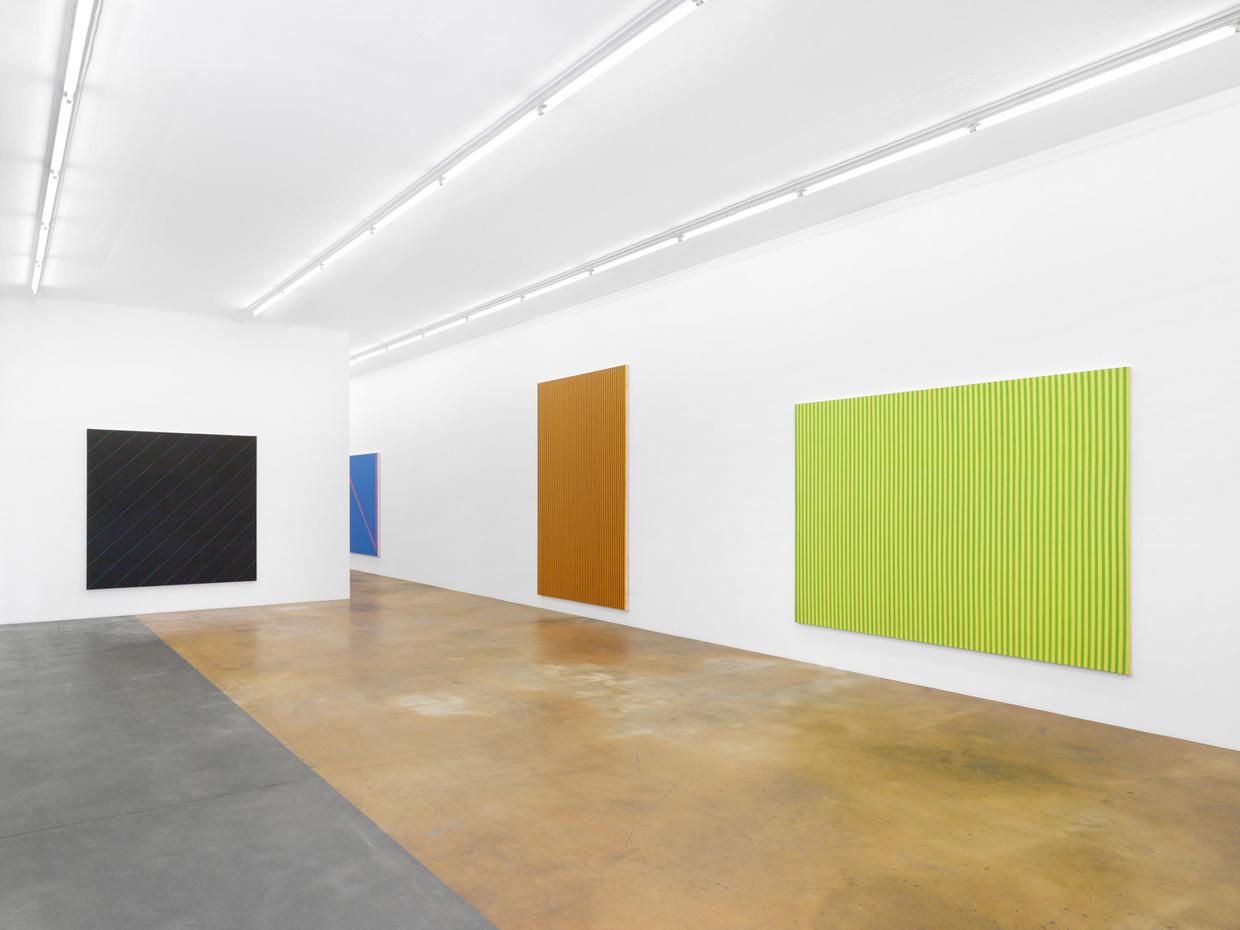 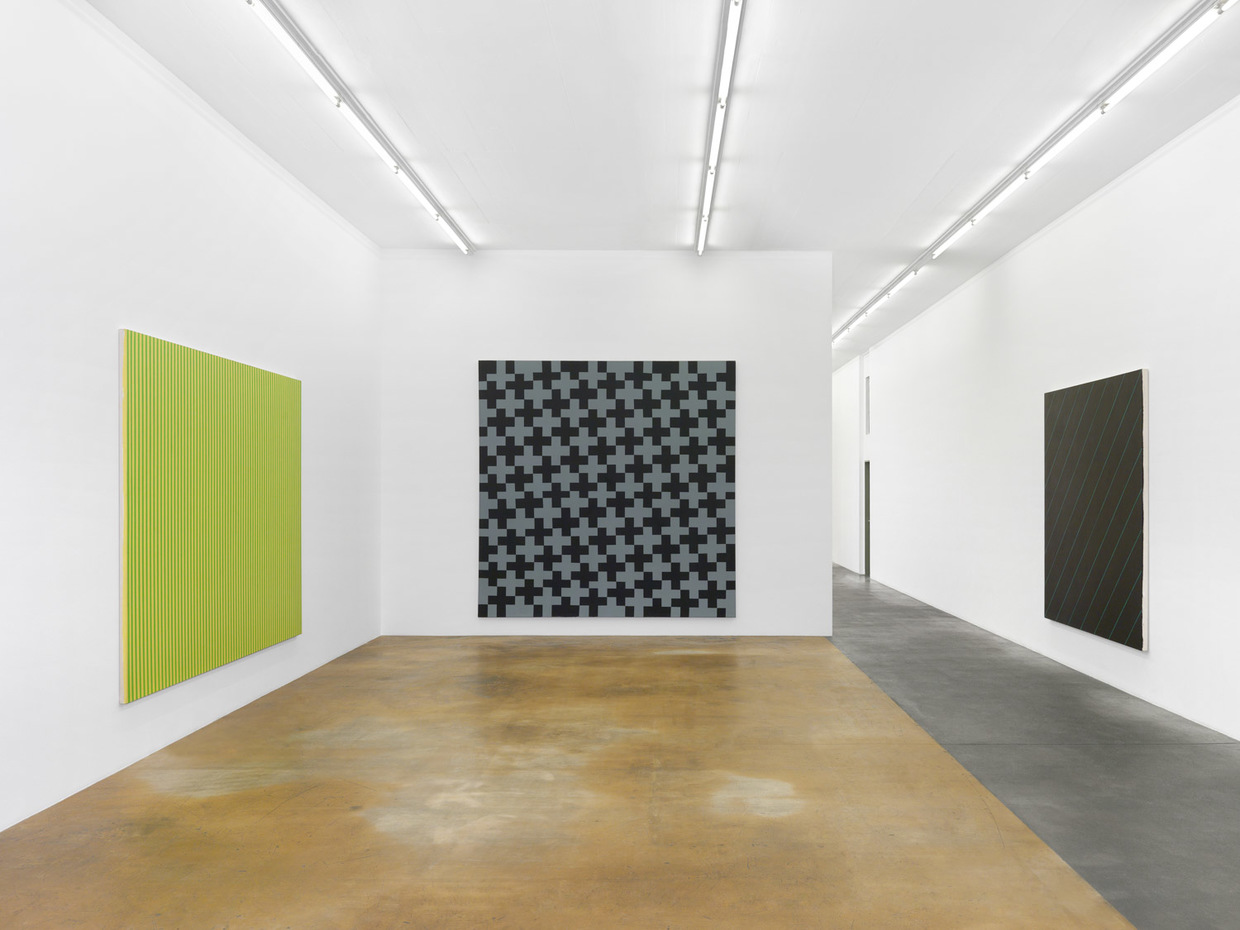 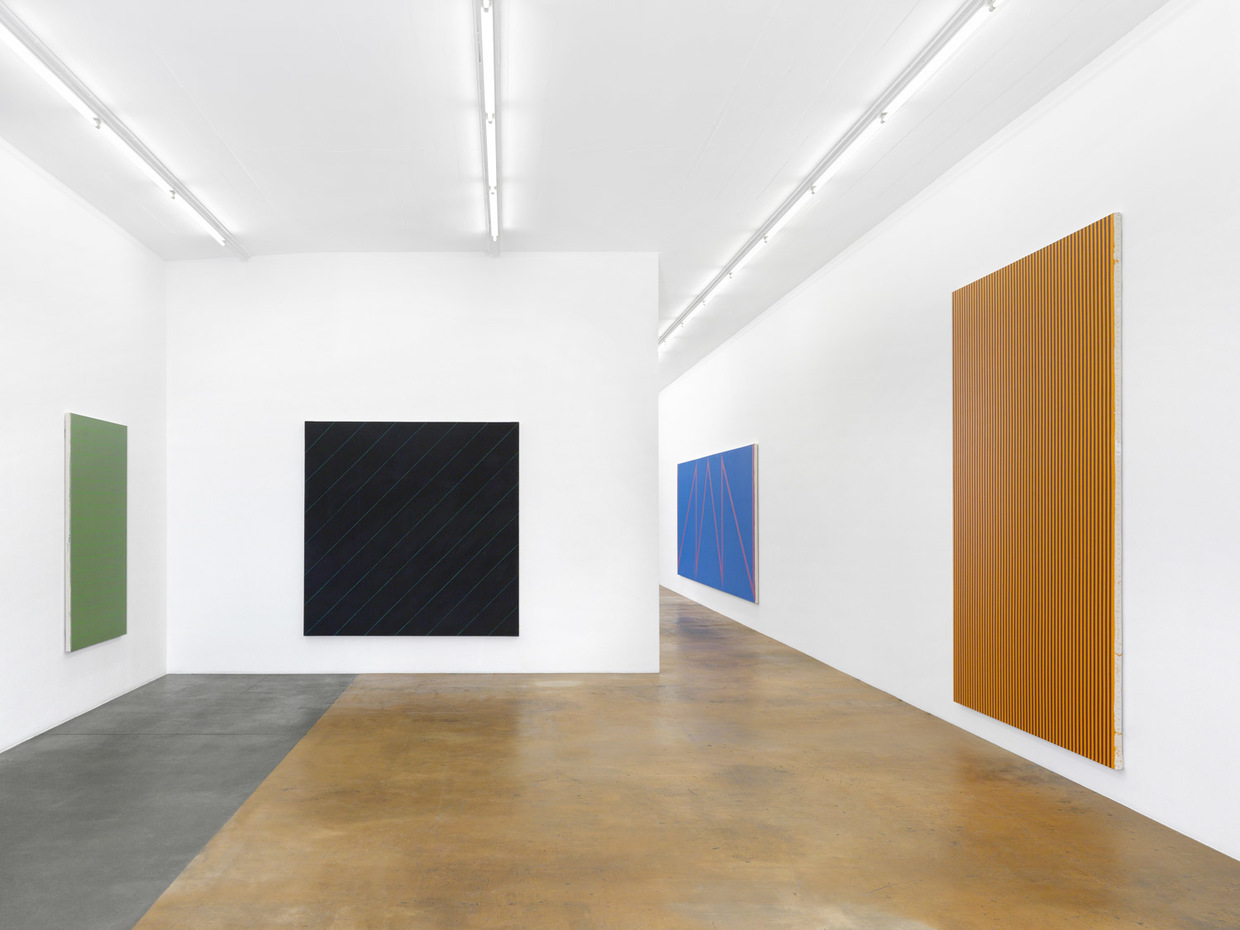 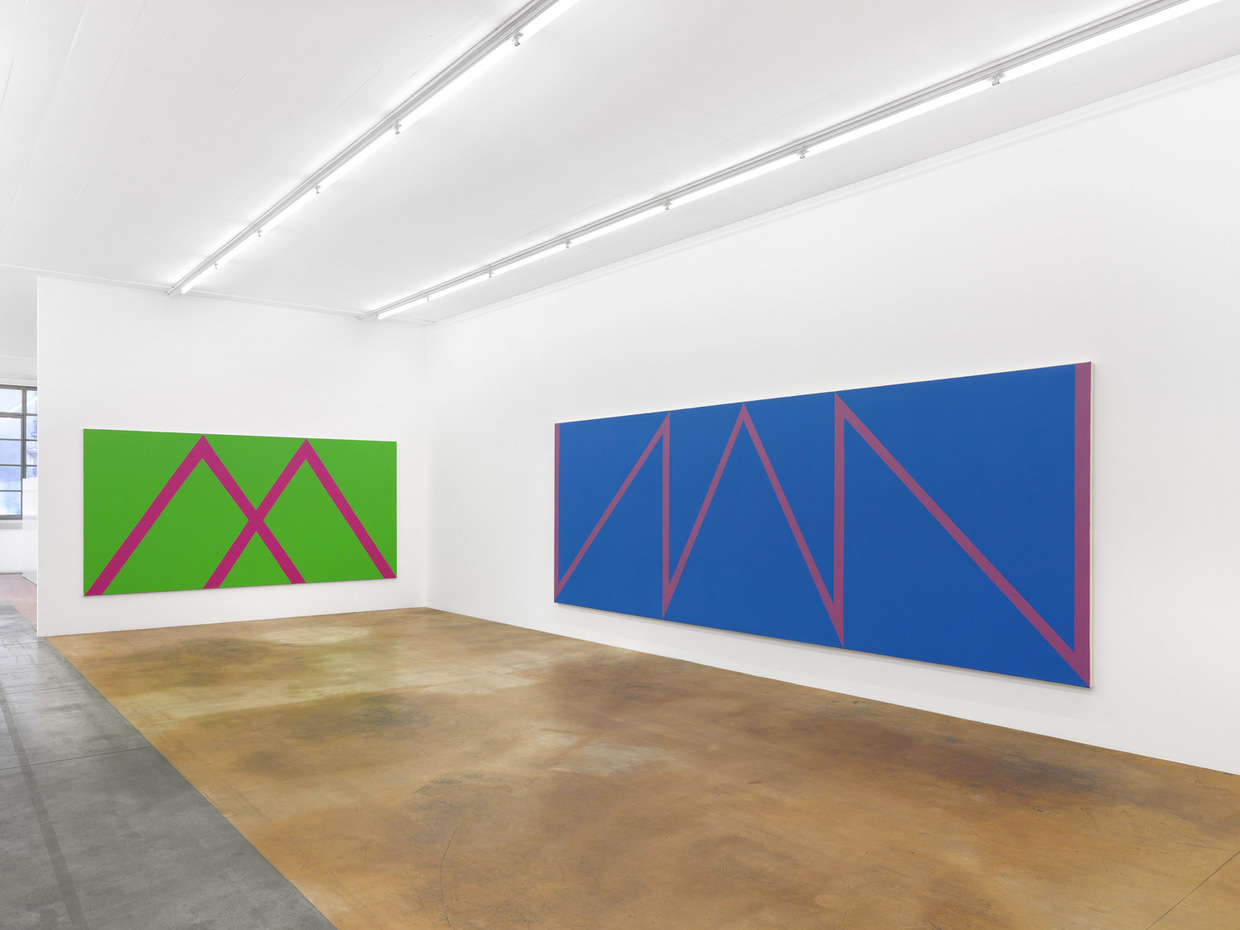 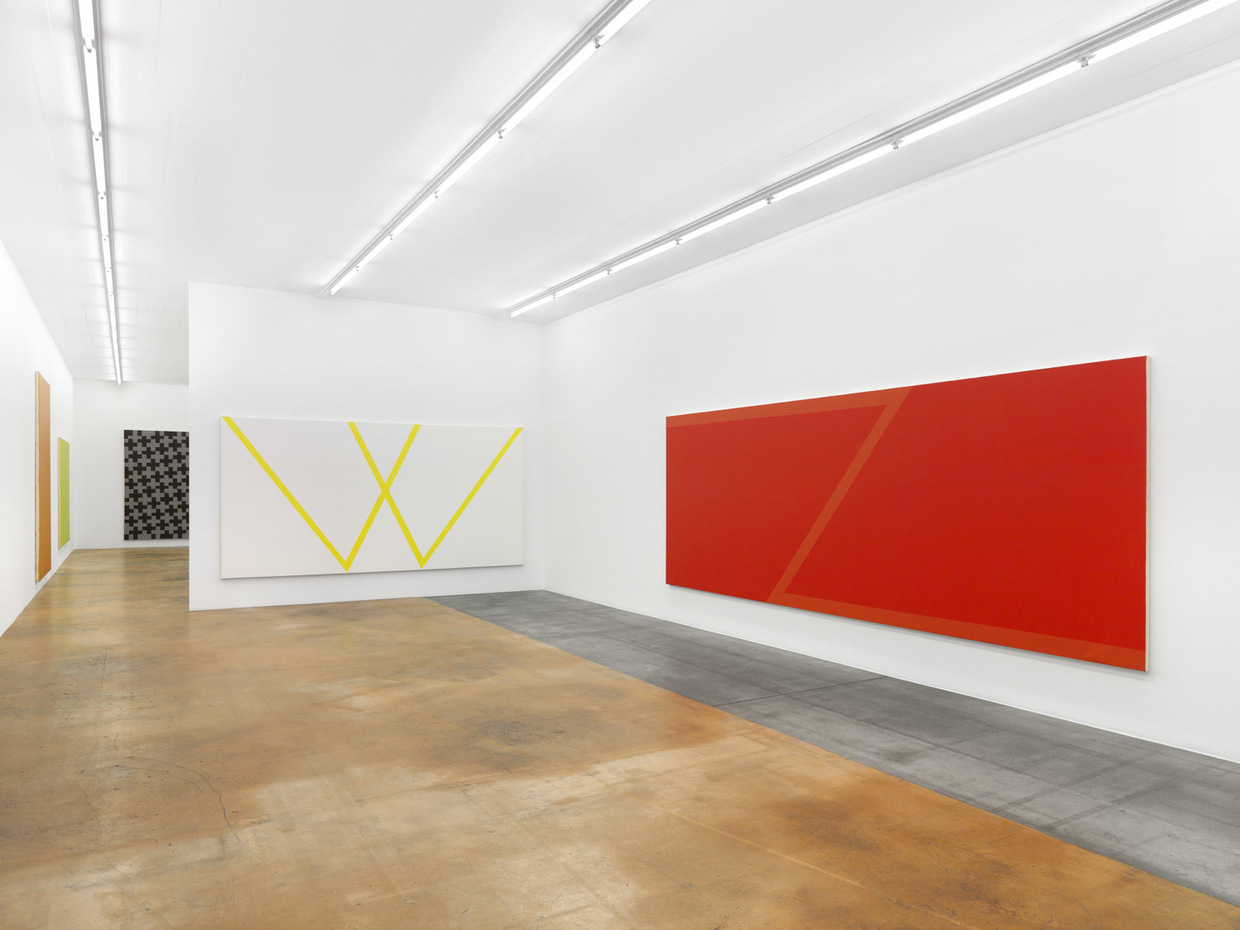 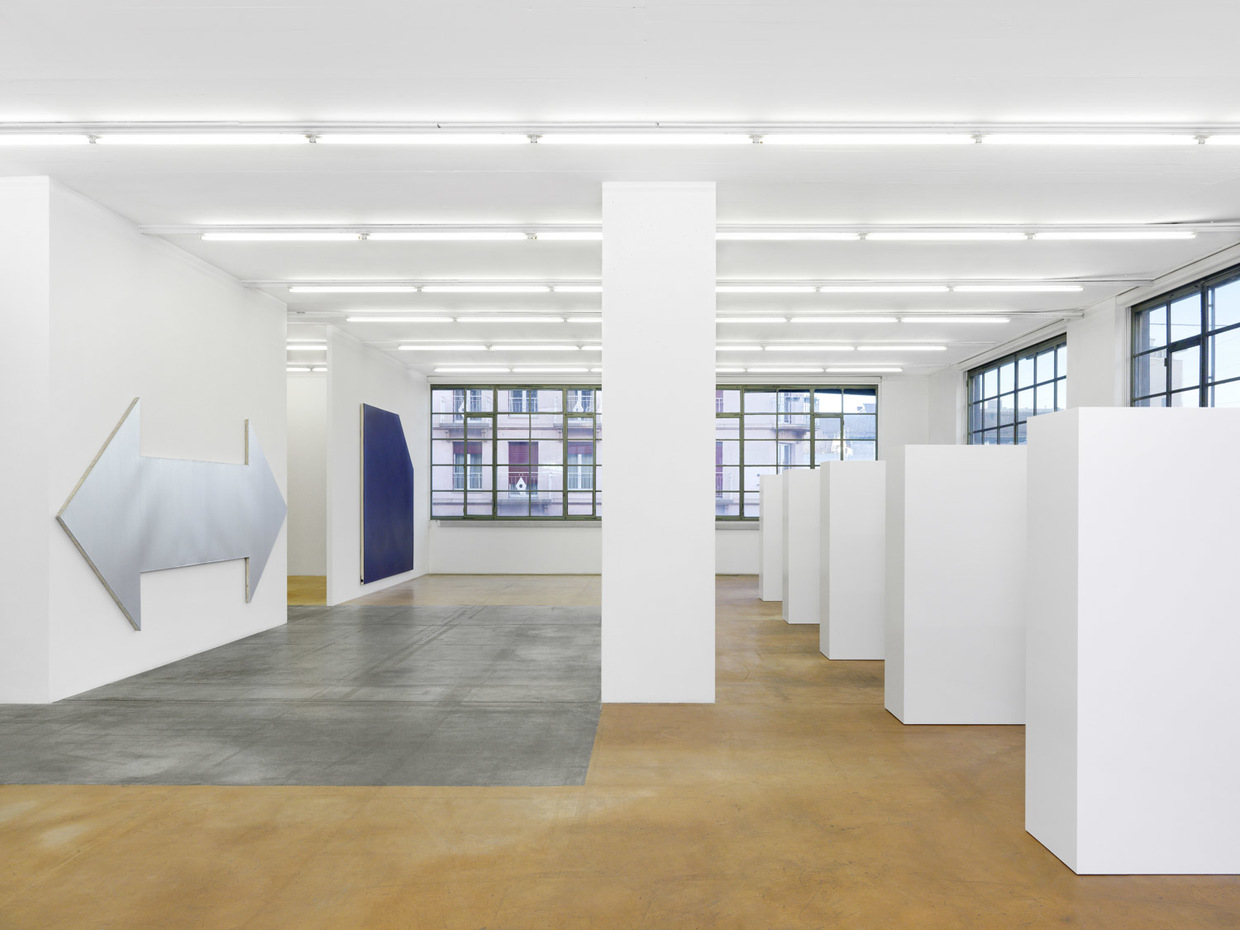 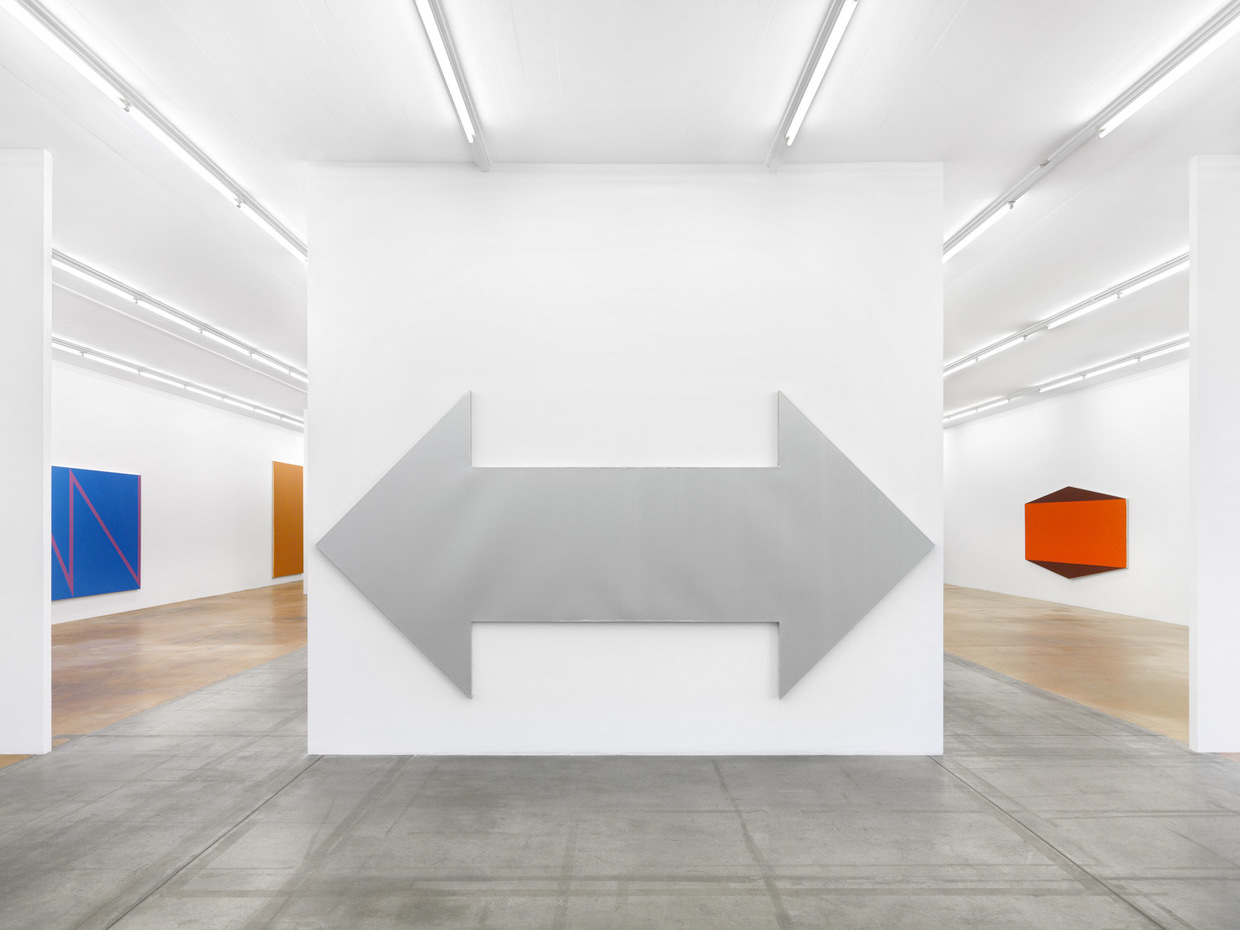 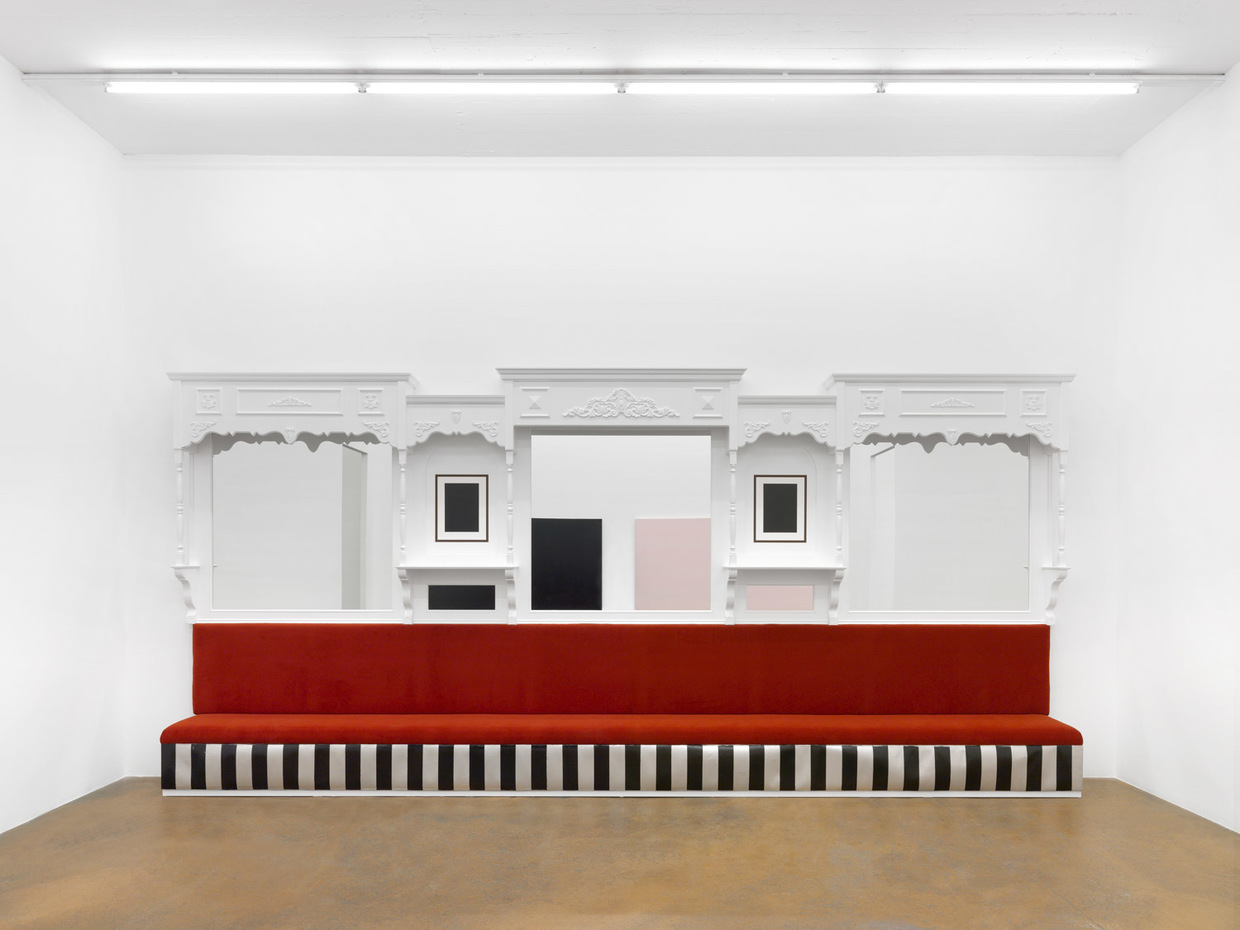 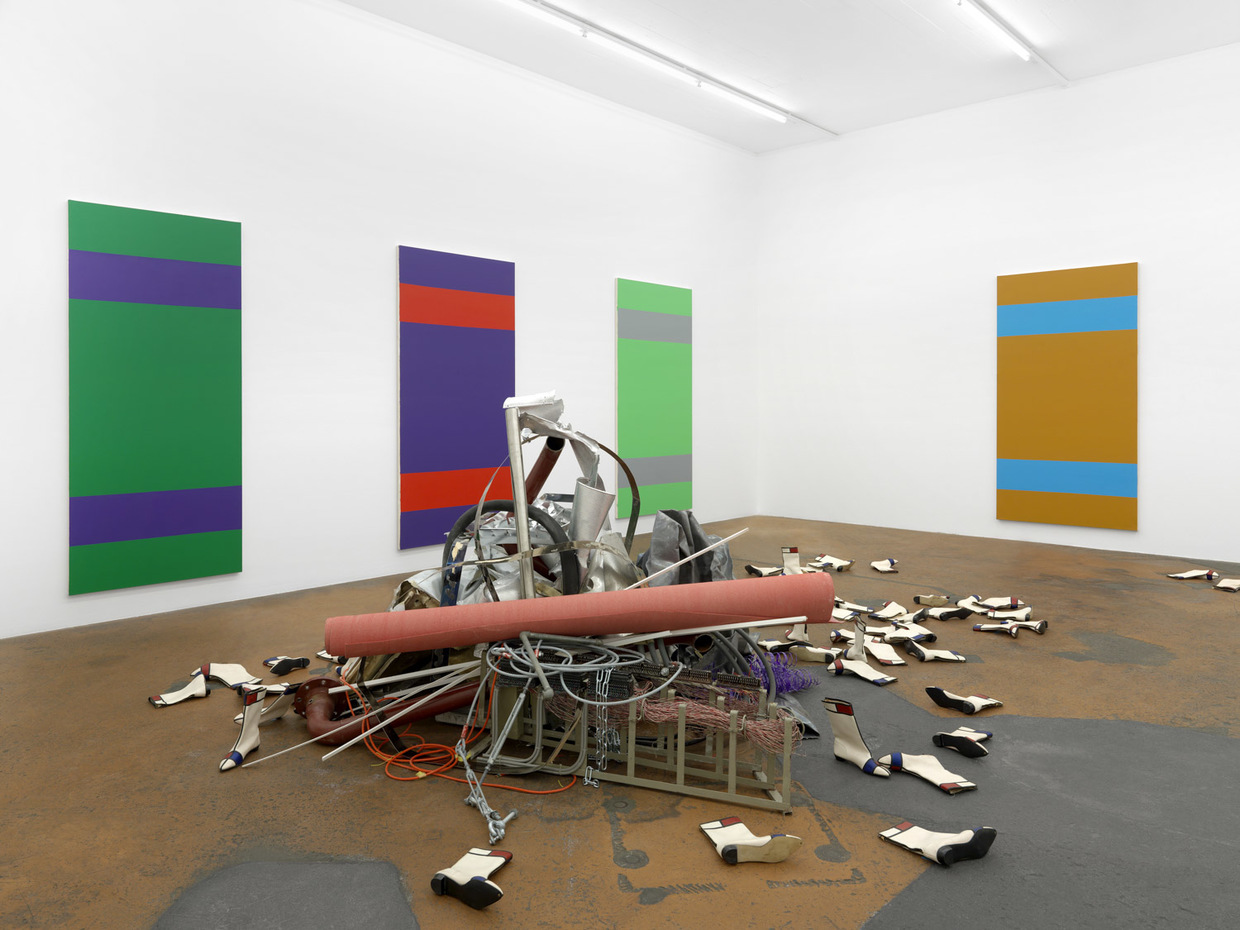 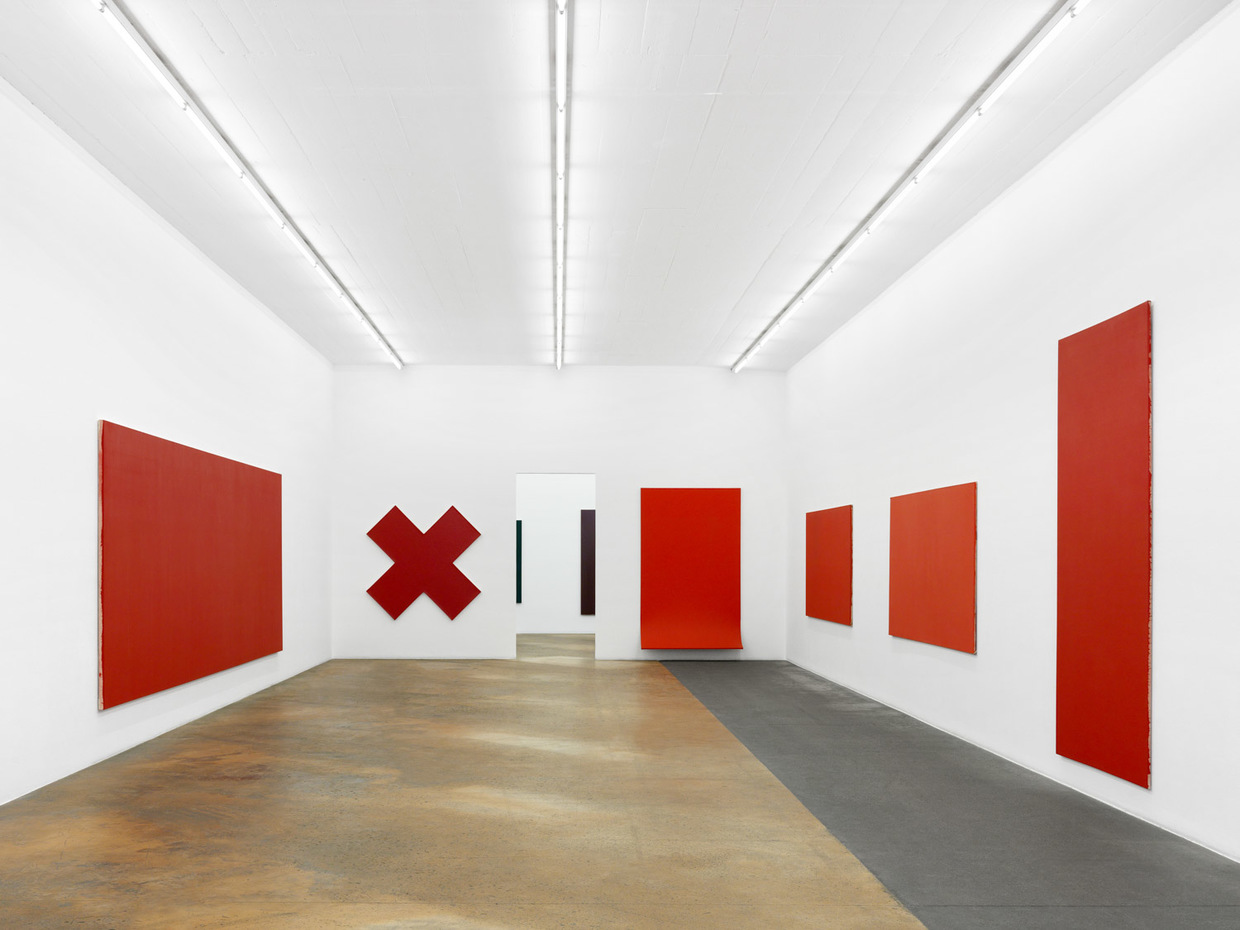 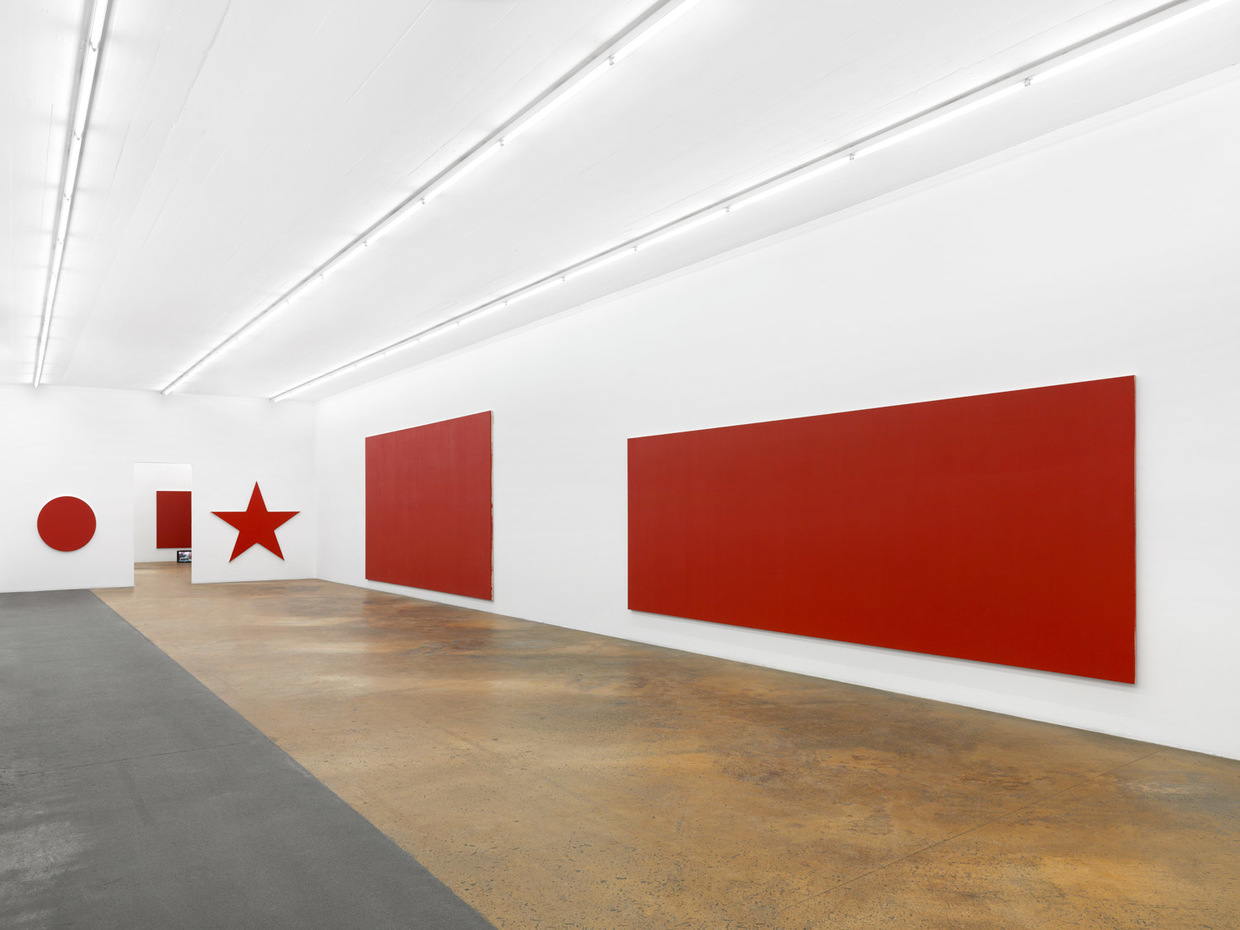 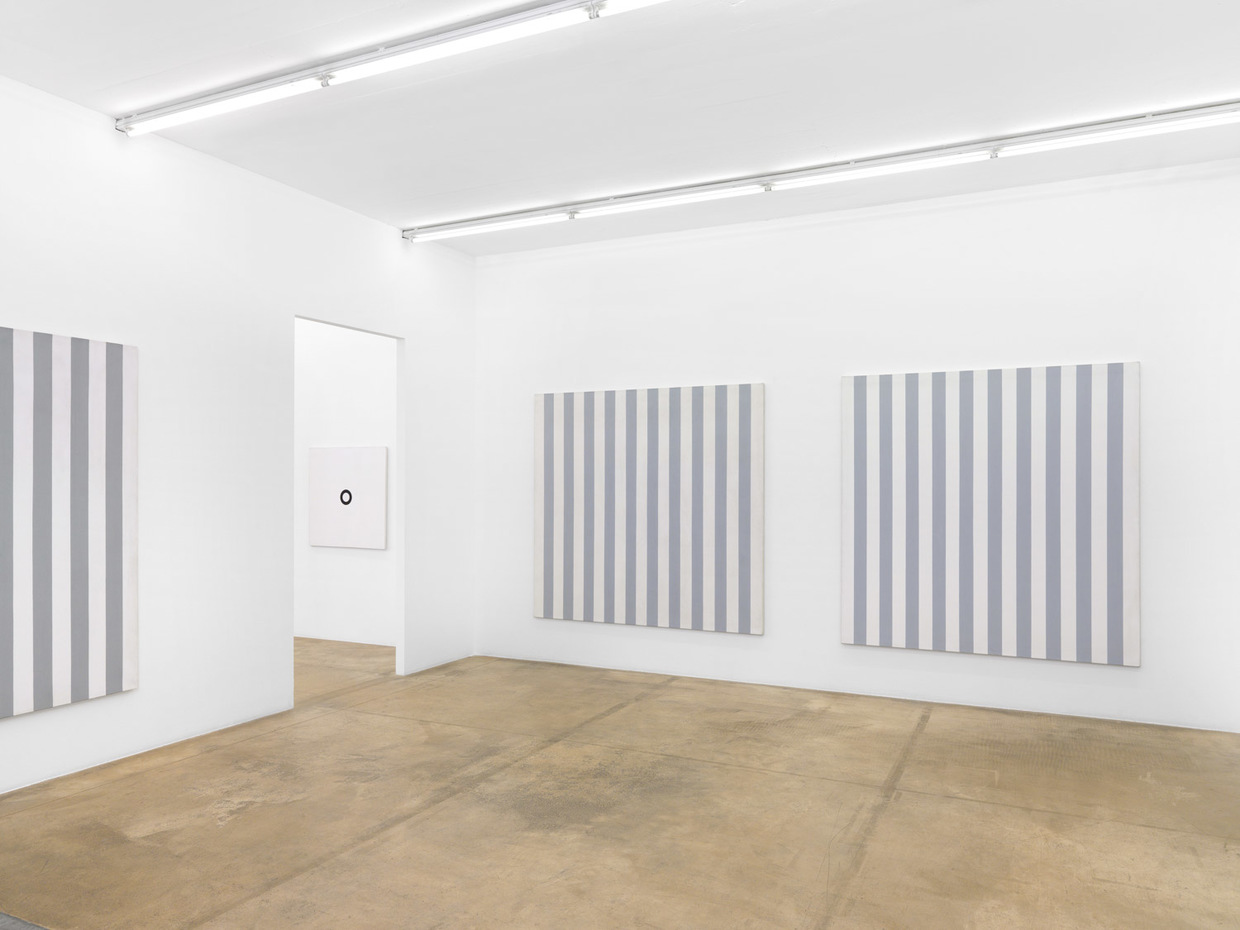 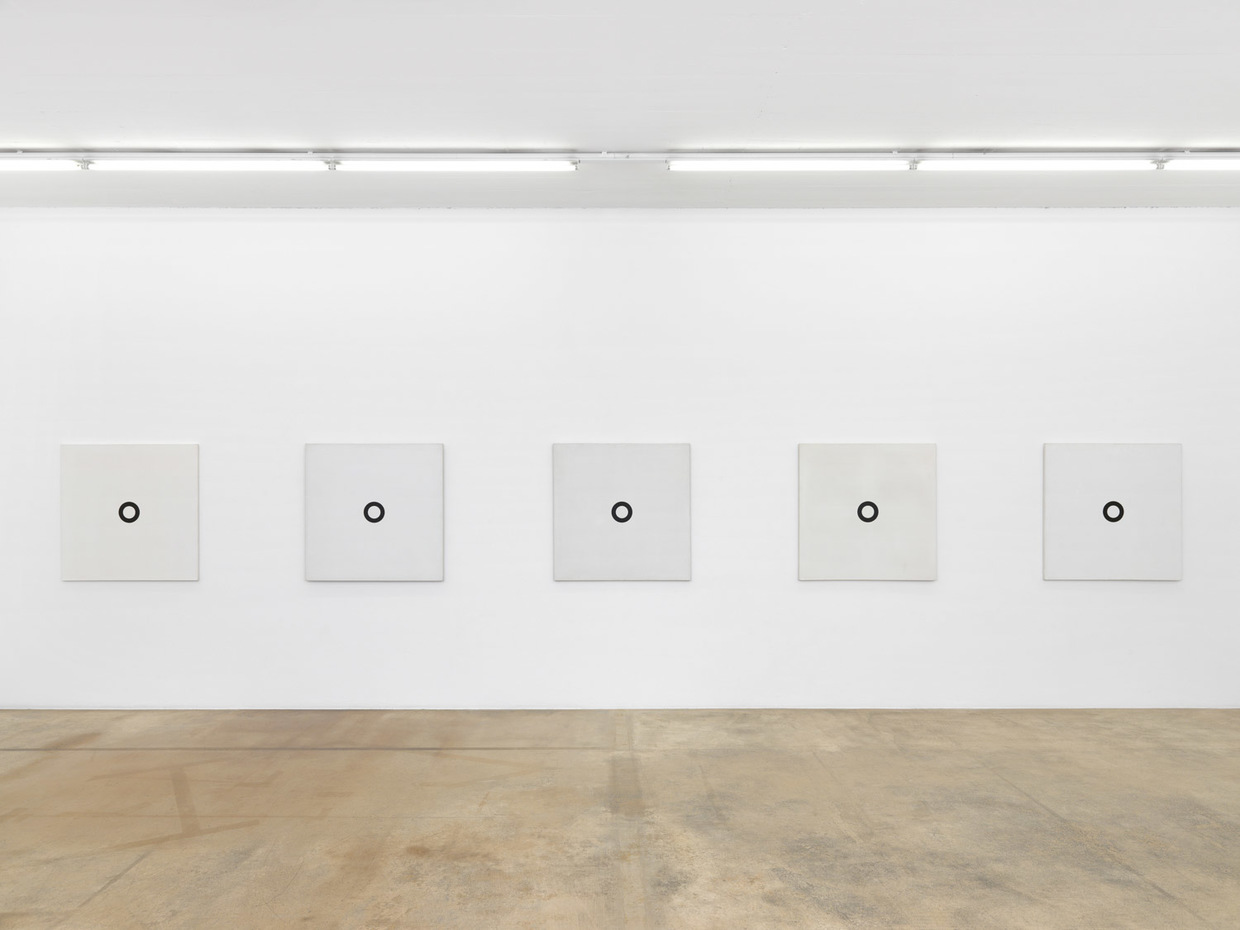 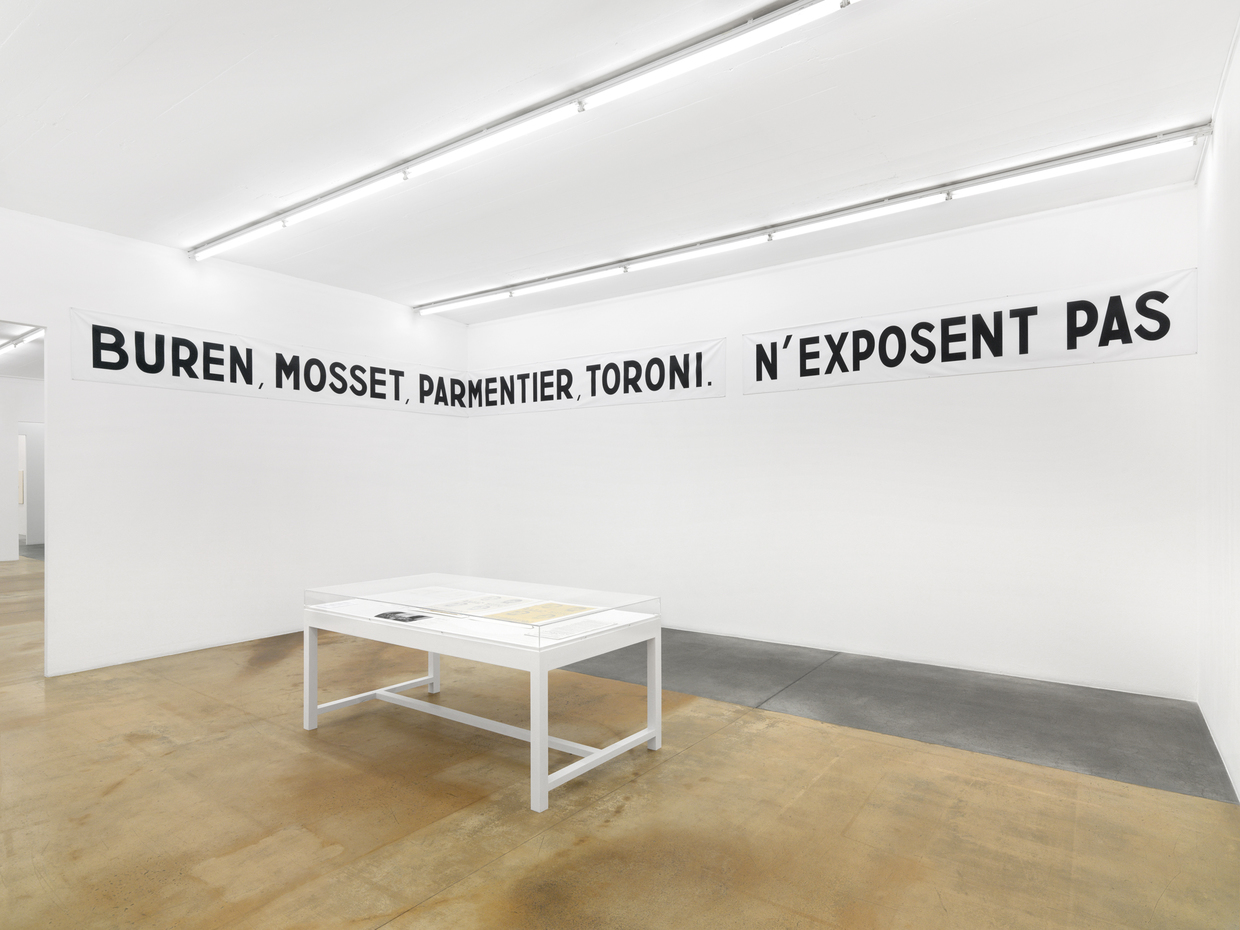 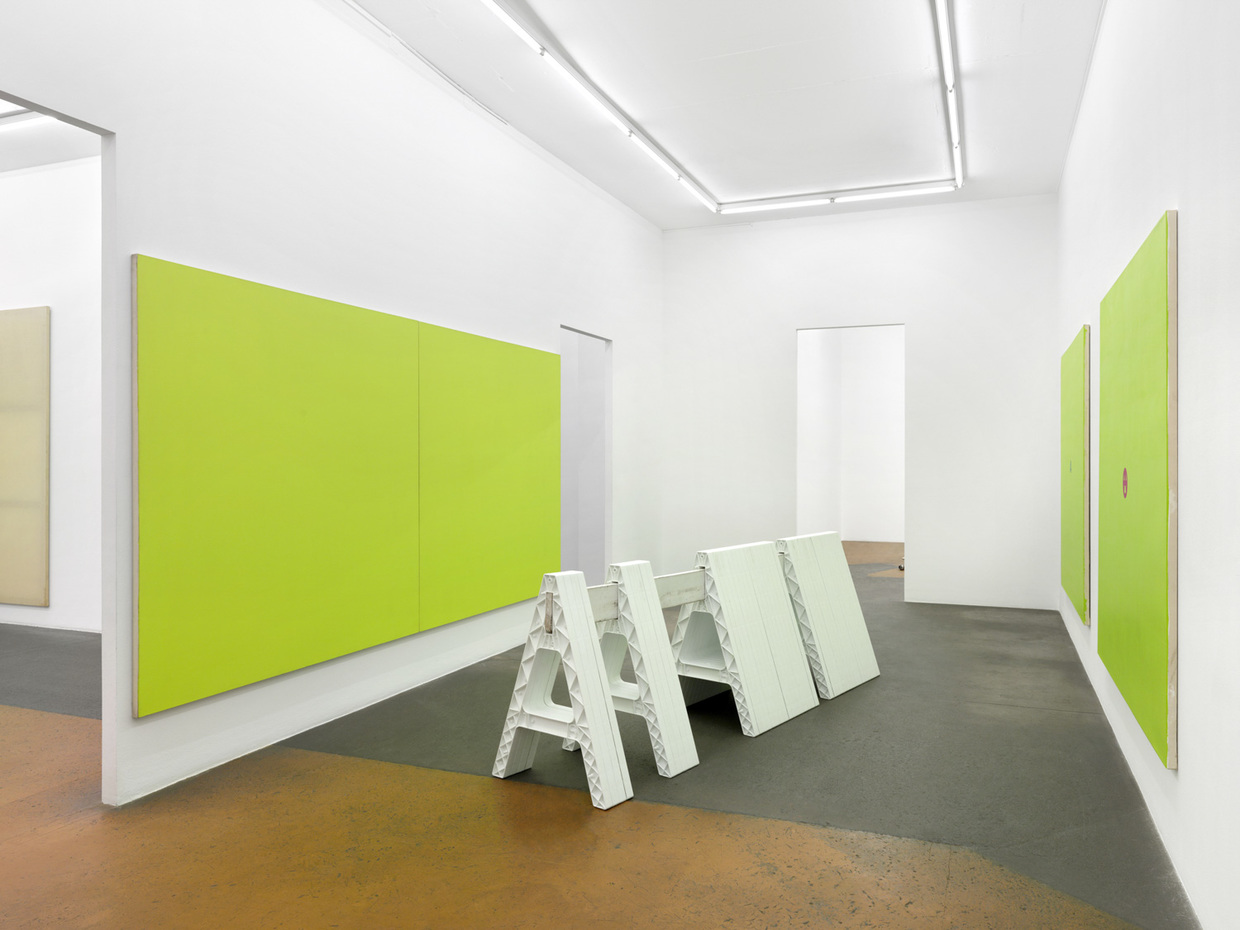 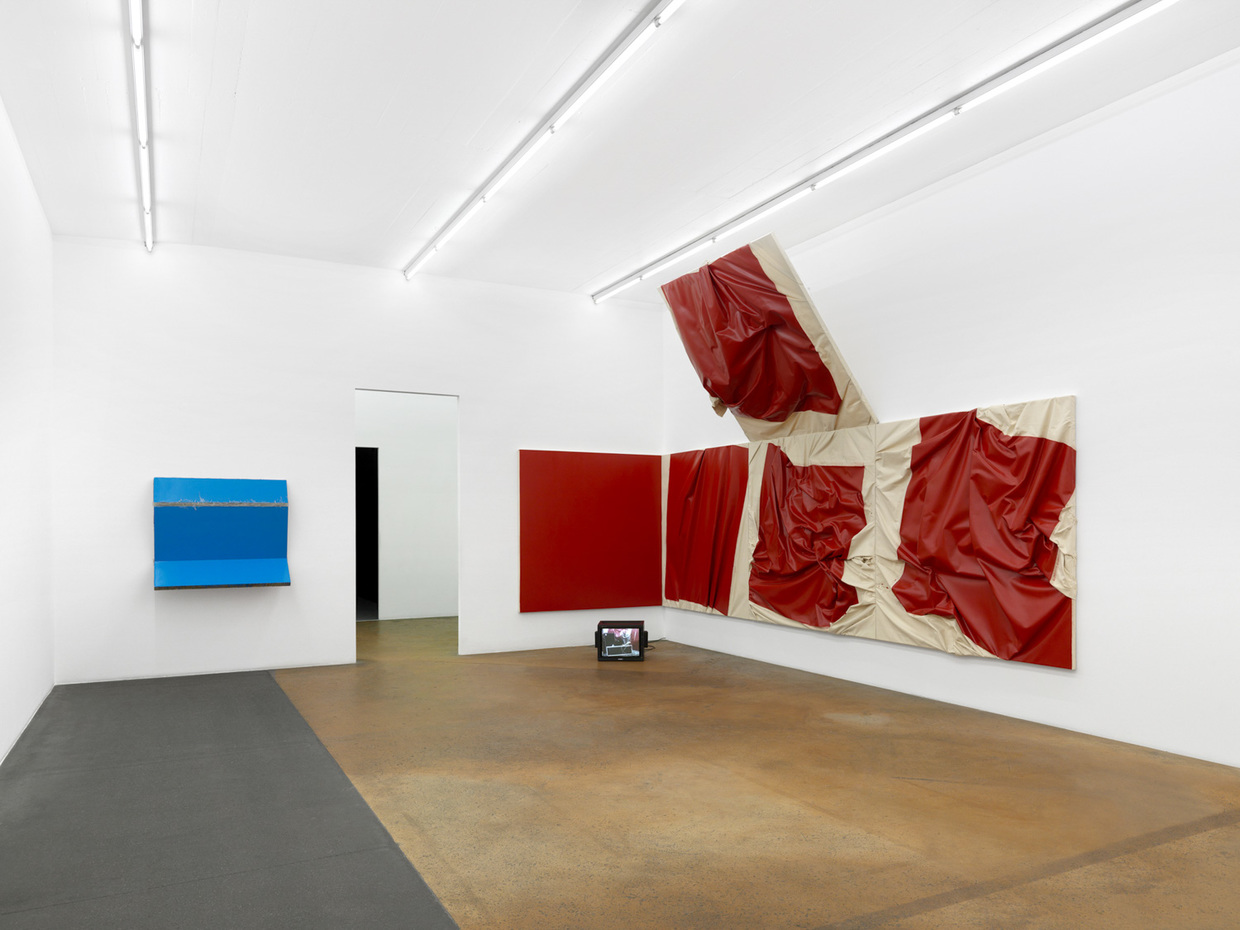 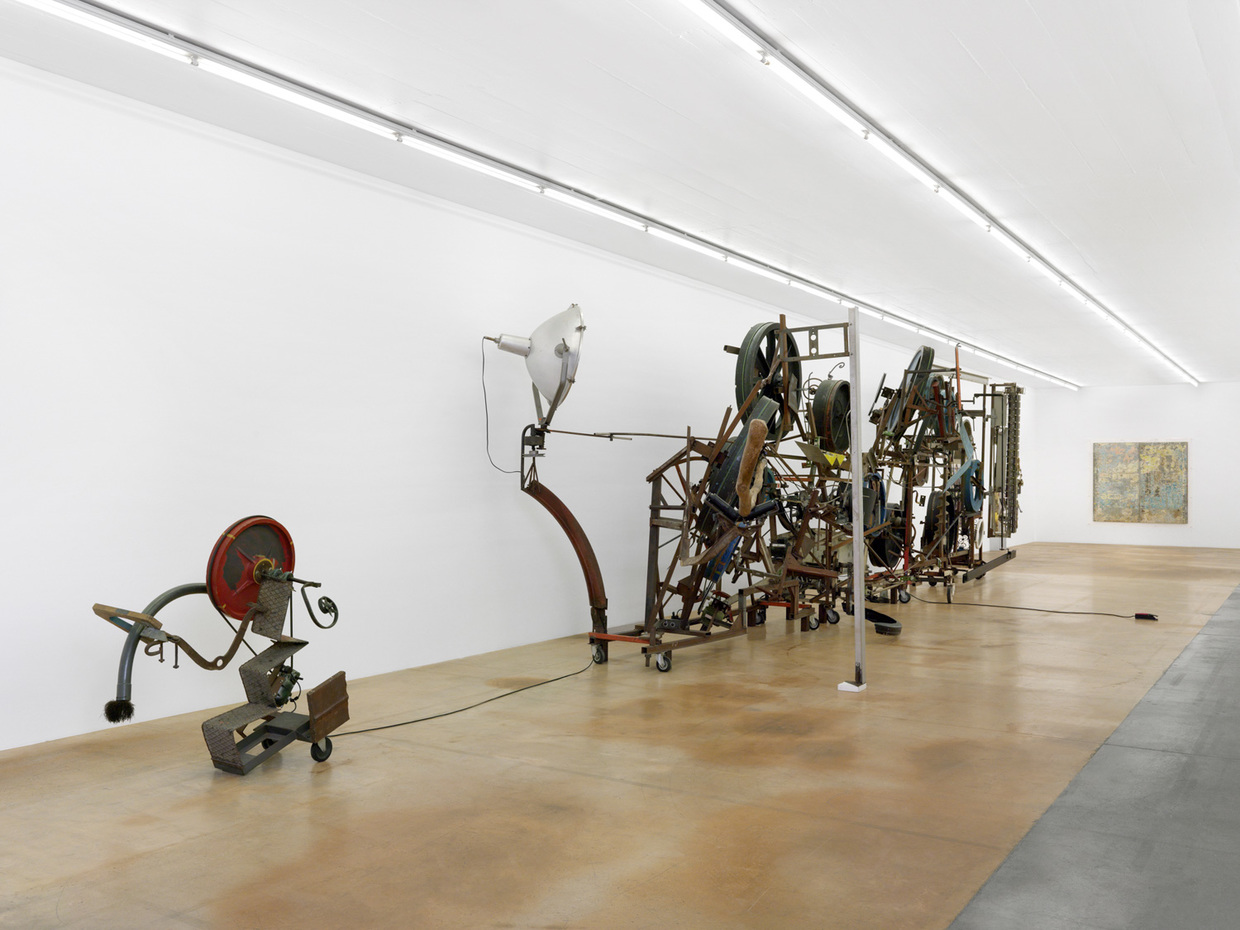 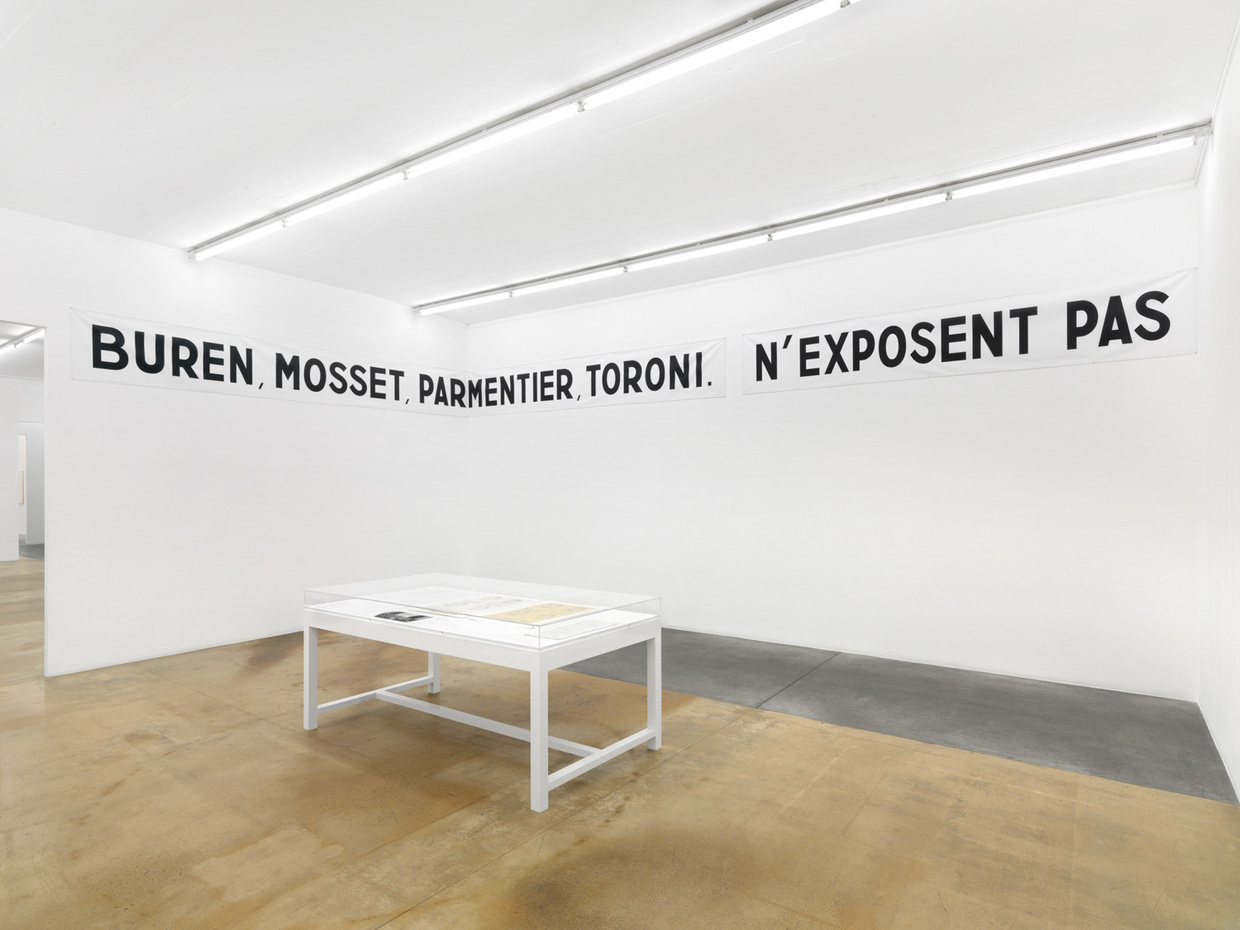 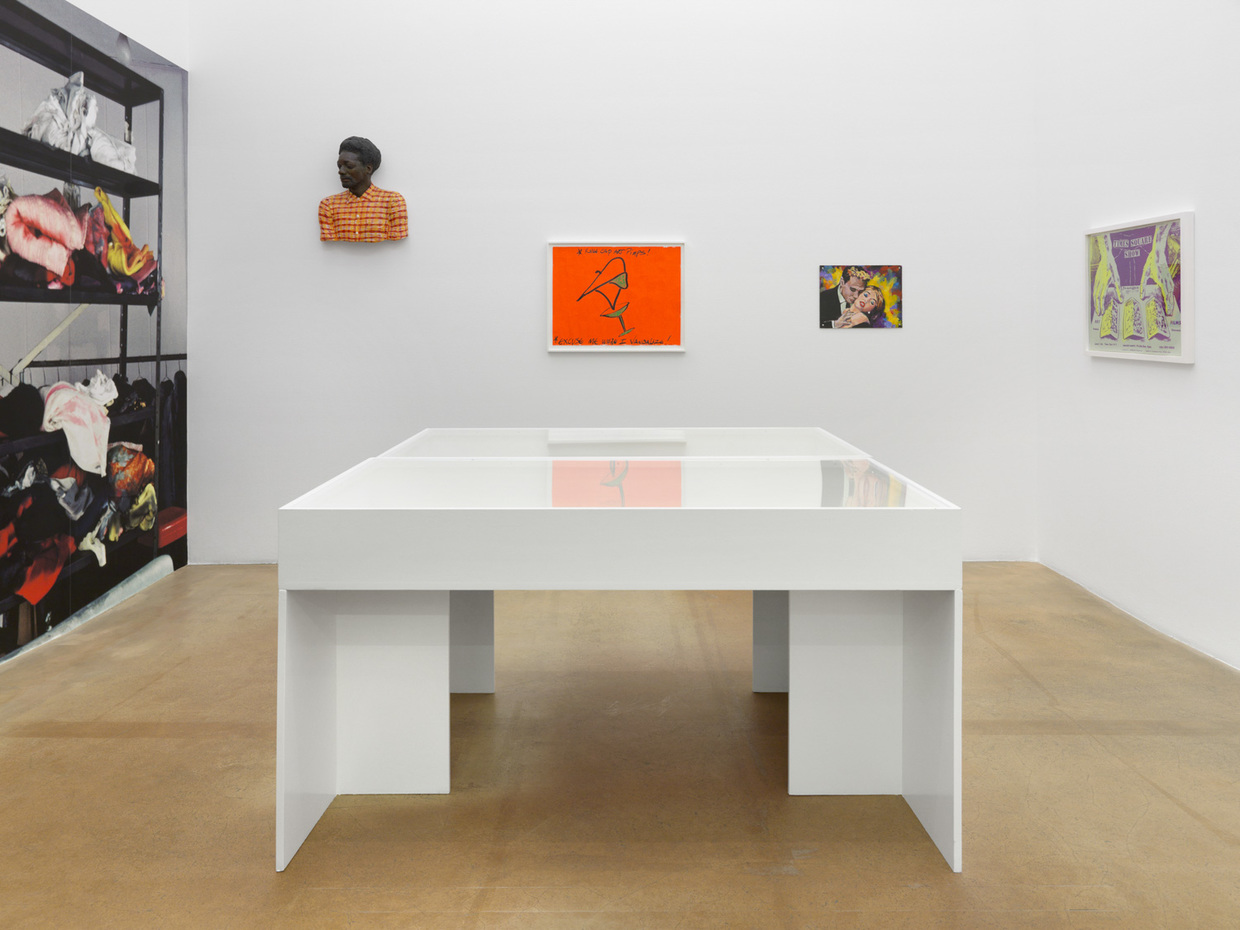 Olivier Mosset (b.1944) is one of the central figures in post-war abstract painting, and a pivotal reference for generations of European and American painters. Associated with Daniel Buren, Michel Parmentier, and Niele Toroni, he was a member of the ephemeral B.M.P.T. "group." His extensive series of circle paintings, executed in the late 1960s and early 1970s, is among the most widely discussed works of that era.

In the heady climate of Paris pre-May ’68, the four painters organised “manifestations” rather than exhibitions and adopted a stance in opposition to the European tradition of “cultivated painting,” whether figurative or abstract. As critic Bob Nickas has observed, Olivier Mosset has always been closely engaged with abstraction and the history of abstraction: “his approach considers painting in terms of production and reception, while acknowledging its social and political dimensions.”

Mosset moved to the US in 1977 and was part of the vibrant New York art scene of the 1980s. His later paintings explore monochrome and geometric abstraction, with all the analytical rigor of his early works. With hindsight, Mosset emerges as one of very few European painters to place themselves within the American tradition of large-scale painting (the legacy of Frank Stella, Robert Ryman, or Barnet Newman), but he remains attentive to developments within the art scenes he traverses, too, and has supported artists whose practices differ from his own.

Occupying virtually all the museum , MAMCO’s retrospective reviewed his career over almost 60 years, from the early experiments of the 1960s to his monumental recent works, via the painter’s reflections on artistic appropriation, monochrome painting, and shaped canvases.

At the same time, several rooms were devoted to movements and artists with whom Mosset was or remains closely associated, allowing us to consider his work in a variety of different contexts. In addition to a section devoted to the activities led with Buren, Parmentier, and Toroni, the exhibition featured works by Nouveaux Réalistes (notably Jean Tinguely and Daniel Spoerri, for whom Mosset worked as an assistant), experimental film-makers’ collective Zanzibar (with whom Mosset directed, acted in and produced a number of films), American “Radical painting” of the 1970s and 1980s (including Marcia Hafif and Joseph Marioni) and artists such as Sherrie Levine, Steven Parrino, Cady Noland, John Armleder, and Sylvie Fleury, with whom he has maintained a regular dialogue.